Cicero, IN / Moving services within 100 miles

Cicero, IN / Moving services within 100 miles

I have been in the moving industry for over 20 years and have plenty of experience in the industry.we can move any piece of furniture that you need to get moved with no worries or damages 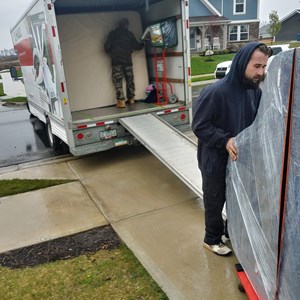 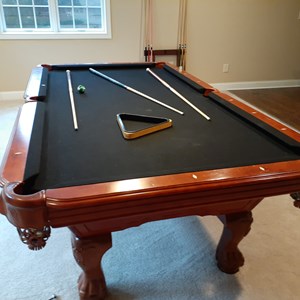 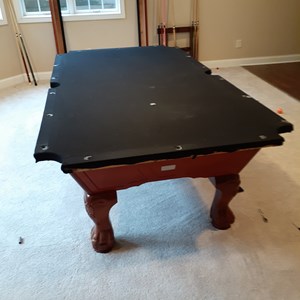 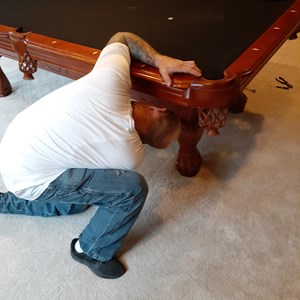 They showed up, got straight to work, were careful with my furniture, and very polite. I would hire them again.

Two thumbs up for Chase! Chase and associate were professional, prepared and treated my belongings with the upmost care. They would ever so gently set things down. Very polite-would recommend! PS. True lifesavers as they moved me up four flights of steps. Give them a try they!

Our unloaders were great! They worked quickly, respected our property, and were very polite. I would hire them again in a heartbeat!

Crew could not be trusted. Owner threatened and harassed my wife over the phone. Law Enforcement was notified.

Mover's response:
Lol tell the truth you tried to get out of paying after getting over for your oversized over 400 pound items
- Chase moving

Scheduled for 11am. Then they called to reschedule for 2pm. Called around 1pm and said it would be 3pm before they got there. Called back at 320pm and said they ran out of gas and they would be here as soon as they could. Once they arrived they unloaded the truck quickly. Didnt stack like they should have. Overall the unload was fine but the punctuality and stacking was subpar. They did give a 5% discount as they only worked for less than one hour and we paid for 2.

I just wanted to say thank you again, to Chase and my movers. They did a wonderful job. They showed up on time, were courteous, and extremely careful when moving my things. Were done in less than 2 hours! Would highly recommend and use them again.

The movers from Chase moving were always in contact prior to starting the move, to allow me the opportunity to reschedule my move as well as provide me with an updated arrival time. They arrived right on time as promised and began work immediately upon arrival. They didn't fool around and took every precaution with our furnishings. There was no wasted space in the trailer and they helped us load what went onto the back of my truck after the trailer was full. Once we were done, and after we arrived back home and started unloading, I could see how well they packing was done, as nothing shifted around and everything was just as they placed it before we started. They really know their business. Thanks much, Chase Movers........Great Job.

Arrived on time, super friendly and fast, and did a great job unloading my moving pod! I highly recommend them for moving services. Edit 3/28/20: After the initial review, and unpacking all of my boxes, I discovered that a box of electronics (video game consoles, cords, controllers) was not with my moved items and is missing. I'm not sure if this was lost sometime in loading or unpacking, or which company, but hireahelper refuses to let me investigate the matter without a police report. Use at your own risk.

Mover's response:
We unloaded your pod with you standing there i dont do video games and no one on my crew takes anything so you probably forgot to pack it or did something with it dont take it out on the ones out here working trying to make a living
- Chase moving

ALTHOUGH THE MEN WORKING WERE VERY NICE... THEY DID A HORIBLE JOB OF LOADING THE TRUCK AND THERE ARE SEVERAL ITEMS THAT WERE DAMAGED... SOME OF THEM WERE IRREPLACABLE. THEY WERE SCHEDULED TO BE THERE BETWEEN 12-1 AND DID NOT SHOW UP TILL 1:50. THEY WHEN THE TRUCK WAS UNLOADED, THE HEAD PERSON DECIDED TO SIT IN THE HOUSE UNTIL HE WAS TIPPED. I HAVE NEVER HAD SUCH HORRIBLE SERVICE AND WOULD NEVER USE THEM AGAIN!!!

All customers can sit back and let us handle everything

We love the aspect of meeting new awsome customers everyday

All crew members are required to take safety classes 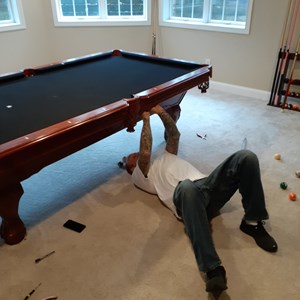 We refund for any unused time over our min..