We're well aware of Missouri's reputation of being "The Show Me State". That's why we sort all our local Missouri movers inside our mover marketplace by their real reviews and upfront prices, so you can see for yourself the best moving options for your move. Type in your moving day and ZIP code below to get started. 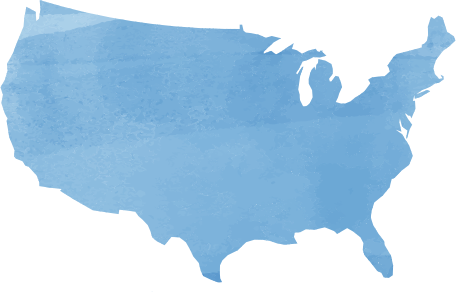 The average service provider rating is 4.7 stars out of 5.0 after 2,105 customer reviews

The 2 helpers arrived on time if not earlier. The were great to work with. We had things in 3 different places - house, garages and basement - and they handled it all well. They showed us and all our things with respect. I would definitely hire them again. Oh wait - I already have ?? THANK YOU!!

The guys were great. On time. Very accommodating and efficient.

Everything was perfect and convenient.

One worked harder than the other. They took more than 2 hours because of this. The guy busted his butt but the woman definitely didn’t do her share. They were very nice and took good care of my belongings but I was disappointed that I had to pay extra. She was on the phone multiple times and stood around a lot. He never stopped.

The best movers I’ve ever used!

Branson, MO
Reviewing: Fuse Movers and Relocations
(1 out of 5 rating)

2 of the guys on the crew had never helped or packed before, their first job. I had shrink wrap, three dozen blankets, tape available to wrap the furniture. As they started loading the truck I noticed they were not wrapping anything, I told them I would like all the furniture wrapped with blankets.

As I walk past the truck I noticed two end tables on top of each other without any blankets, I asked the leader of the crew to put a blanket between the door and the tables, he stated that they were “packed in so tight they would not move”.

While I am downstairs taping the edges of our furniture, because these guys refuse to, I here my wife upstairs yelling at them. I get up the stairs and realize why she is upset, the leader and one of his helpers have tried to “force” the new couch they were carrying through a door....it would not fit, do you think they stopped and tried to see what the problem was...that is a big no! These Einstein’s try pushing harder and scuff the back of the couch, rip the material on the corner of the couch and bend the framing. On top of that they put a huge dent in the metal door, mar the the door frame, rip the weather stripping and chip the paint. At this point I tell them to stop, I then place a call to hire a helper, who in turn call Fuse Movers.

When Fuse Movers called, about half an hour later I informed them of what damage had occurred and asked for a remedy, I stated that from this point forward I expected every piece of furniture to be wrapped, nothing stacked on anything without a blanket between the items. I had scheduled another crew for the next day to unload these items at our new home, I informed Fuse Movers that I would NOT allow this crew anywhere near my property nor accept this crew as help the next day. Fuse Movers agreed and we moved on.

The leader of the crew then spoke with the same gentleman from Fuse Movers after I had spoken with him. The leader of this actually misled Fuse Movers while I was standing two feet from him. Stating that they wrapped everything and that they were careful not to damage anything as they packed.

All of this took about an hour to get resolved, the crew refused to work during this time. They were nearing the four hour mark and I received a text from Hire a Helper warning me that my time was almost out, informing me that I could add extra time on a per hour basis. I added an additional hour so they could finish loading the truck.

When their four hours were up they refused to stay any longer, Imagine that, probably had a parole meeting scheduled...just kidding...maybe.

They left what they had carried out the back door just sitting there...but we were so extremely happy that they had left we did not mind at all. Just glad they were gone! I did change the access code on the security gate though....gotta be safe!

This review is in realty a no stars for the first crew.

The next day Fuse Movers honored my request and sent three different men. These guys were the polar opposite of the previous days crew. They were hardworking, polite, clean and honest. These guys were great and did an excellent job, never damaged anything.

As they were unloading the first truck one of them stated “who loaded this truck, they really messed up your furniture”!

One blanket was used in the first truck, after I complained the second truck had 35 blankets used.

In all we had a couch damaged beyond repair, a chair, table, end table, lamp shades and cabinet damaged. Filthy hand marks over every piece of furniture in the first truck, all of this from the worthless first crew. Not to mention damage to the door and surrounding.

If a tall guy with three skinny helpers show up from Fuse Movers...lock your doors and by no means let them near your property, they have absolutely zero respect for you or your property. In total I think I actually may have got two hours work out of them.

The three guys the unloading the next day performed twice the amount of work with one less guy...who knew?

I am stunned that the first crew was that horrible, but Fuse Movers came through on the second day and did an excellent job!

Great work. They were a little late but no issues with me on that. They were super friendly, no complaints, very helpful and worked very hard to get all done as quickly as possible but still taking food care of all our stuff.

Kevin was our lead guy and was super knowledgeable, but he brought three high school kids with him to unload our truck. Overall the unloading went satisfactorily, I even tipped $100, but when they left, I realized that my pistol was missing. I immediately called Kevin and he said that he would get it back for me from the kids. I never heard from him again and have since filed a police report. This was my first day in a brand new state and I’ve never felt more violated. I’ll call another company next time I need to move.

My helpers were very professional, they were there on time and did not waste any time getting things move. They were very respectful and courteous. I would highly recommend them to anyone who is looking to move.

They were fantastic. They arrived early and we finished before the scheduled end time. I would use them again in a heartbeat!

It's safe, affordable, and easy. Move in a click.