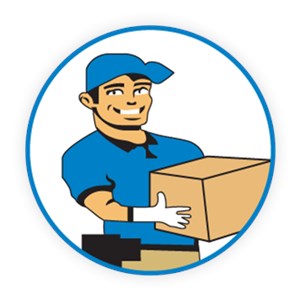 They helped me so much. They went above and beyond. They were friendly, courteous, and very polite!

Excellent attitude and work ethic. They were a pleasure to be around they were efficient and professional, handled the furniture and boxes like they were there own. Great job guys!

We were just shysted by HaH in our damage and service claim as a result of hiring Pete's Moving Services. In response to the original claim the owner stated, "Please give us a call to make this right." We called Pete the owner; however, knowing and accepting that his employees had damaged several pieces of personal property, literally urinated all over our guest toilet and surrounding floor, and worked slower than sloths on Nyquil, he did not take responsibility for their actions. We paid over $1200 for the move alone. The owner equated a 2hr reimbursement ($220) to, "making it right". He does equations as well as his employees work. Take care of you move and go with another company.

Great Job. They were on time, and packed and unloaded everything.

We had 3 movers from 9 am to 3 pm. They came on time and that was the best part of their service. The move was finished by 8 pm so took 5 additional hours. It took 3 of them more than 1 hour to move the fridge from kitchen to the truck. Even we told them that fridge doors were removed when the fridge was installed initially but they tried to move it around island, etc. At the end, they dis-assembled both doors and then make mistake when they put the door back. Also, they damaged the fridge with dents, scratches, broken edges of the kitchen and chip on the door as well. Additionally, the office furniture was broken, missing parts on desk assembly and many scratches on BR furniture because they didn't wrap blanket around it. Office furniture can't be used properly any more. They wrapped blanket only on leather sofas. They were supposed to have red carpet inside the house but it was a very small piece which didn't even cover the hallway. I complained via Hireahelper but no action. I also called Pete on Saturday night after move was finished and he told me that movers will call to explained what what mistake they made. Till date, I haven't heard anything from Pete's mover. I called and complained to Sara who is customer service at Pete and she told me to file via email so that they can look into it. So, no effort has been made by anybody!!! Yes, the movers worked hard and respectful but workman ship was very poor. Only 1 of them was experienced. I will never hire them again.

The job went smoothly and communication was great.

Arrived a bit later than expected but this worked out as I was delayed with the tuck as well. Unloaded all the boxes and furniture quickly and efficiently. Went the extra mile to try to get a couch that would not fit into the apartment and took it back down two flights of stairs when it was clear it would not fit.

arrived on time, very hard workers and they went the extra mile

They were on time and prepared to work. They worked hard and took a very short lunch break to eat a few slices of pizza. They were very respectful and used smart efficient ways of moving all of my stuff. The only issue I had is that I lost two wheels to my bed. I would clearly use them again.