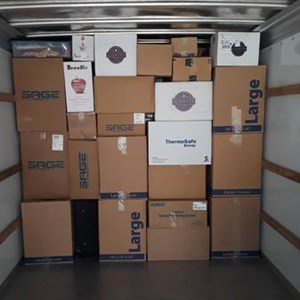 Our lead mover has over 15 years experience and passes that knowledge to each hand trained mover on our staff. We are professional movers that will treat yourself, your items, and your home with the respect and honor they deserve. You can find us on Google , you can also find us on Facebook. 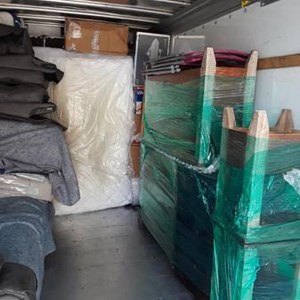 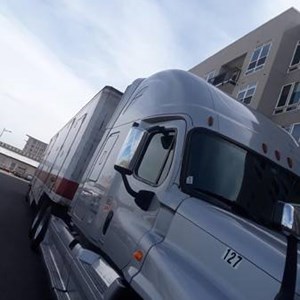 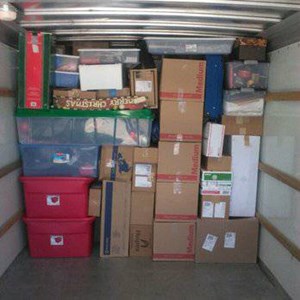 As soon as Robert and Alexis arrived, we knew they were both very experienced movers. They were super careful and attentive to details, yet they had everything loaded amazingly quickly! In addition, they were both very personable and upbeat - a welcomed spirit to have on moving day. It is our pleasure to wholeheartedly recommend them.

Showed up on time, everything was moved without damage, and they worked the entire time. They did a great Job

The guys from MVP were excellent, I would definitely hire them again!

They did a wonderful careful job. We are very thankful for the help

These guys were fast, careful and courteous. I highly recommend them. 3 friend took 4 hours to load, but these two took just 2 hours to unload.

The two gentlemen were outstanding and very considerate of all my items. They were very careful when loading all furniture and boxes on the vehicle. As far as the procedure to obtain these gentlemen, your site was understandable and easy to use. I came into a couple of small glitches, but when I called, the gentlemen I reached were very helpful. Just one small problem I had was to reach the same person. I had to interrupt the call a couple of times. I think maybe you should consider setting up your answering (recording) service with extensions of each individual so as a customer could reach the same person the customer is working with by the push of a “button” on the keypad on the phone. Thank you and your assistance on my move.

We requested 3 movers, which we got however one was a very petite woman and the other was a 67 year old man who admitted he was high about half way thru the move! He was very hyper and now have black marks on both the washer & dryer where the paint was scrapped off from him running into them with the dolly! Also, he dropped his end of the patio table and damaged it, as well as I now have a large hole in the back of my buffet/sideboard!! Also, the information for this company on HireAHelpers web site shows a furniture dolly is always included, it wasn’t. The unloading took longer then the original 2hrs that we booked so my husband wrote a check for the difference not realizing he made it out to the wrong person, so Robert(I’m assuming he’s the owner of MVP Land Care) came out the following day to return the check and get a new one. When my husband asked him about the movers and the fact that we really didn’t get a 3 person crew, he tried to say we were just mad because the one was a woman!! NOT!! We could careless if they were man, woman or monkey as long as they can do what we were paying them to do and that was to unload our furniture and boxes from the uhaul and she wasn’t able to do that!! We paid for 3 people and basically got 1.5 people! My husband also showed him the damage that was done to the patio table and instead of taking responsibility for it, he basically called him a liar and said the damage was there before the move! My question is, how does he think he would he even know that?!?! No accountability for anything and will never use them again, nor will I ever go thru Hire-A-Helper again as they have been less then helpful in resolving any of the issues we had and now they’ve tacked on an additional $250 for the sideboard trying to say it weighs more then 400lbs. We have no idea what it weighs so not sure how or why they think they know what it weighs but I do know that two guys moved it into the house when we bought it and two guys moved it out of the house, so if we’d had two actual “movers” on this end there shouldn’t have been any issues moving it! I am still working with Hire-A-Helper but if they don’t resolve the issues to my satisfaction, my next complaint with be with the BBB!

Mover's response:
Again we apologize that you believe did that a woman on your move was not an adequate mover, but we have never had a complaint in 5 years as she has assisted with hot tubs, pianos, and gun safe moves . As for your other accusations we believe them to be false, our employee was drug tested and only tested positive for marijuana which is legal in our state, also he is also a red card holder meaning it is his medication. As for your husband writing a check that is not allowed per hireahelper standards I returned the check and let him know that all fees have to be paid with hire a helper I was shown and told about one damage to a 1980s patio table that had rust spotting in the damaged area. When I ask your husband if I could see the pieces that were broken off of the table he said they were unavailable. I could not conclude that the damage was done from us because of these two factors. Again I apologize but we do not discriminate for age, sex, race, or religion when looking for good laborers.
- Mvp Land Care+

These guys were great. Right on time and got finished within allotted time.

The movers did a great job; we would hire them again.

Plastic wrap it up to keep things safe

No job too big

Face coverings and gloves:
We also provide hand sanitizer to our movers for use before and after each job. We will also have a reminder set on our phone to drink sometime every 15 minutes., (always included, no fee)
Furniture dolly:
always included, no fee
Hand tools for assembly:
upon request, no fee
Hand truck:
upon request, no fee
Plastic wrap:
Price per roll, ($35.00/ea.)
Rope:
$25.00/ea.