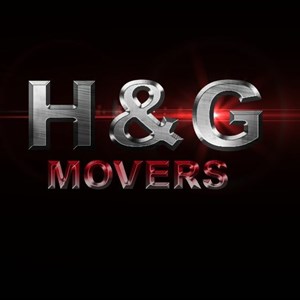 Indianapolis, IN / Moving services within 100 miles

Indianapolis, IN / Moving services within 100 miles

Family- owned and operated in Fort Wayne/Indianapolis and surrounding area since 2013. We are committed to quality and service. In addition, we provide fast, efficient and respectable commitment. Your belongings are treated as if they are ours - with respect and care!

Both movers did an amazing job!! They got the truck unload and everything up to a second floor in an hour (2 bedroom apartment). Joshua and his co-worker are an amazing crew!! Super friendly!! Will be recommending to anyone moving! Thank you for all the hard work!! ??

Both of our movers were absolutely amazing, we had way more to move than expected and they handled it with ease. They were on time, handled heavy objects with seeming ease, packed like absolute masters, and were so kind and helpful. 100% would recommend and give a raise, they made a very stressful day go so much more smoothly than we thought possible. Thank you thank you thank you ?

I will start the review by saying that I admit to being a very particular consumer. What is 5 star to some people might be a 3 or 4 to me. I feel we did not get good value for our money with this crew. They were nice, and no doubt worked hard on a very hot day. That being said, I don’t feel like they used the time wisely and the job should have been at least 2 hours shorter I believe. We provided lunch and some drinks (I should have had more available on a hot day) but looking at the charges, we apparently paid for the lunch break TIME as well. We ran into an issue moving a last large item (it would not come apart). While that matter was being addressed by my husband - and while there were still some moving to be done - the crew stood around waiting for the item to be ready. Again - in all fairness, the PODS we had were not enough to hold everything so they were packing as tightly as possible which likely took some extra time. Still, for a crew of four to take 8.5 hours to pack 2 PODS? There were also several drink cups left lying around and before they left I had to request for them to put the doors back on where we had taken them off hinges. We haven’t unpacked the PODS yet, so I can’t speak to the condition of things, but nothing concerned me as they loaded the PODS. In summary, in the future I would use a service that would give me an final quote for the job instead of paying by the hour on an open-ended basis. They didn’t do a bad job, just wasn’t a good value in my opinion so I gave the three stars for cost and lack of attention to some smaller details.

Mover's response:
I do not feel as though this is a fair review. My crew worked hard throughout the entire move. One issue was that your treadmill would not fit through the door. We took it apart as much as we could but one part would not come apart. We had to wait for your husband to get a special tool to fix it. That was the last item that needed to be moved. 8.5 hours for a house that's about 5,000 square feet is definitely reasonable. There were 50 boxes in the basement, 75 in the upstairs and about 75 on the main floor. Also, I do not feel as though 2-3 cups left out should effect our review for our moving services. I personally, the owner of H&G, asked you several times if there was anything else we could do for you while your husband tried to get the tool for the treadmill. You told us repeatedly no. It was not until right before we were about to leave that you said you wanted the door put back on. I'm sorry you were not happy with the service provided but we worked as fast as the situation would allow us to.
- H and G Movers

Oh my God I couldn't thank them enough. We have a three-bedroom townhome that is basically a four-bedroom house they did amazing! They were on time and got everything in that we had hoped. Would definitely recommend and use you guys again.

Thanks guys! You did an awesome job!

The team from H&G did great! I had two pods to unload and they were quick and efficient, and were patient with my poorly-labeled boxes as I directed them where to put everything.

They were so nice and helpful. They did a great job!

These guys knocked it out of the park. We were ENDLESSLY impressed with how quickly and safely they worked. They BEYOND exceeded our expectations. We will definitely be hiring them again for our next move!

These movers were amazing! Awesome communication, excellent people came out and moved everything in record speed. Extremely friendly movers. I will use them again for sure!