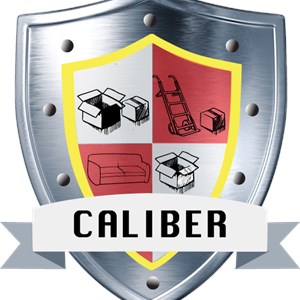 Caliber Movers is a private contracting company that provides our customers with cost-effective moving and packing services with a home, an office move or private contracting. We provide experienced and professional movers in the region of New Jersey. Our mission is simple: we know how stressful and time-consuming a relocation can bring forth, and our job is to make the transition of your relocation a smooth process. When you hire us to accomplish a move, you’re inviting us into your home or workplace and entrusting us with your priced possession(s). This is a responsibility we take with seriousness. All our specialist have undergone drug screening. We hold all personnel and each move with the highest level of professionalism. 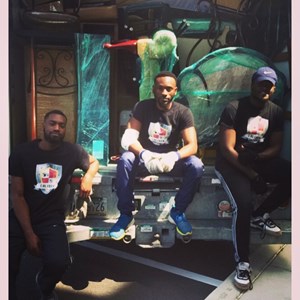 The guys were nice and did get mostly everything unloaded in the scheduled time, but some of the helpers seemed a bit inexperienced. They also arrived later than their estimated time.

These guys worked extremely hard in a difficult environment. They went above and beyond the call of duty!

The guys from Calibermovers did a great job. They were professional an courteous. I'd use them again.

Caliber Movers were fantastic. I moved on very short notice and scheduled them the night before. They were friendly and professional, on time and worked through the hottest part of the day on what must be the hottest day of the year. My move took longer than expected and they were available to work beyond our scheduled time to get the job done. They even helped load loose items into my car. I hope I never have to do a last minute move again, next time I'll plan to use Caliber.

The team arrived on time and did an excellent job. Very well mannered crew that went the extra mile to get the job done.

First, They were 1.5 hours late. Mostly though, my biggest issue was They were not careful with my property damaging a number of items. They Left a clear recognizably dirty foot print on a white chair which had been sealed in shrink wrap. Then at the new house left countless dings in the walls and scuffs in the paint. While I needed help, I also needed help that would damage my property or house.

It was a very good experience. I needed the help at the last moment and I got it. They were good communicators, worked hard, finished quickly, and were a big help to me. I'd recommend them to anyone who needs help. Thank you.

These 3 guys were 15mins late, however they called ahead to inform me, also they came from a different state. The job took longer then expected, and they stayed until it was completed. My refrigerator would not fit through the door, They went out of the way to make it fit. Removing the handles. These guys did a great job, I would use them again and recommend them to others.

These guys were great: they communicated, were positive, and were very very careful about how they carried and packed my things. No problem. Thanks Caliber!

Professional, efficient, respectful, fun. They helped me take a photo inventory of the contents of two storage lockers. They were careful and helpful throughout the project. They kept in close touch by mobile phone regarding arrival time. I'd absolutely hire them again!

All expected equipment and professionalism.

seeing the stress relieved and the smile on their faces.

Proper training on how to lift heavy object and how to communicate with customers.