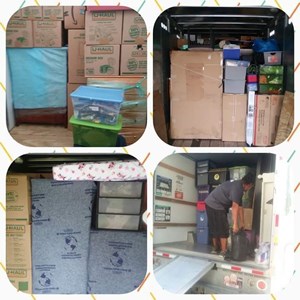 5 star moving service at a unbeatable price no one does it better. A&B Movers takes proud in providing you the customer with the best moving experience possible. You can sit back and kick up your feet knowing that your belongings will be handled with care. If your looking to save TIME, ENERGY, and MONEY then were your #1 choice for all your moving needs. 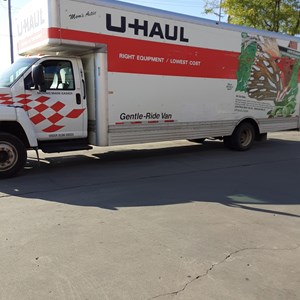 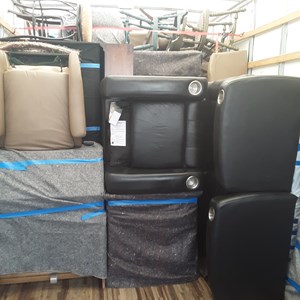 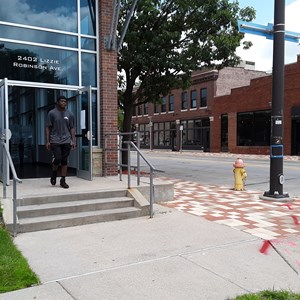 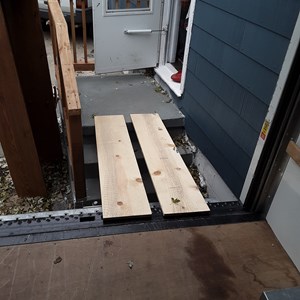 Fast and efficient. Packed the load for no movement!!

Dumere was horribly unprofessional and spent virtually the entire time on his phone and not helping Paul move items out of my house. Paul did almost all the moving himself. They were very late, but did at least communicate that they were hung up on another job. I would hire Paul again, but I’m very displeased that I paid for 2 movers and really only got 1 because Dumere was distracted the entire time.

Mover's response:
Of course we had to be on the phone dealing with insurance companies because you Cassidy run into the movers vehicle with the uhaul. And if you were so dissatisfied why were both movers tipped if that was the case? If your going to say someone was on the phone at least tell the reason why.
- A&B Movers LLC

They worked miracles fitting things in. Hard workers and kept moving. They did scratch the stairway going up. We will try to patch it up.

They were professional and knew what they were doing in moving a sofa, loveseat, recliner and how to take them apart and put them back together. We coordinated a time that worked for both of us, very prepared, utilized the time well. Very respectful. Yes, we would use them again!

Crew of 2 arrived within the time frame designated. I could tell they were professional movers by the way they organized offloading of the truck. They completed the unload and move into the apartment in less than the 2 hours booked. Not even a hint of trying to 'milk' the job for extra time payments. Handling of furniture was consistent with previous experiences I have had with other professional movers. Would not hesitate to use them again or recommend them to others.

The 2 movers that showed up with A&B Movers were WONDERFUL! Their names were Dee and Levi. They showed up on time, worked hard, and were very efficient! I thought 2 hours might not be enough time for my 2bed 2bath house but they ended up getting it done in 1.5 hours! They put everything into the storage container in such a way that I had a lot of space, they placed blankets in ways that would protect my furniture, and tied everything down in a way that I was not worried at all about my things falling/breaking. I would ABSOLUTELY use them again and I DEFINITELY recommend them!

Service started out OK. They showed up on time since being called at the last minute because two other "helpers" companies did not show up. Left after 5 hours but came back after another job was done. This time they took short cuts & loaded the moving truck onto a pickup & drove thru the grass court yard to unload thru an easier entrance. We were notified by management that we would be charged for damages to grass & sprinkler system if found.

On time, polite, fast & efficient, loaded the truck correctly with proper weight distribution, tie downs, etc. Nothing shifted, nothing damaged. I would call on them again if the need arises.

You can expect to be connected in a prompt manner to discuss the details of your move.

You can expect our fast, family and uniformed crew to handle all aspects of your move the day of.

Customers should have everything ready and organized for loading. We would appreciate if all dresser drawers are also emptied out and ready for transport. If you would like any additional wrapping outside of what we do customers are encouraged to do so a few days prior to your move.

Our crew specialize in a wide range of local and business moves.

The satisfaction you get of a job well done from your cistomers.

Our crews under go extensive training on and off the job as to provide you with the best service possible.

No truck is to BIG or SMALL for us!

Load job from one of our master loaders.

Just one of those hot summer work days here in Omaha.

When there was no ramp for a 10ft uhaul the crew improvised. 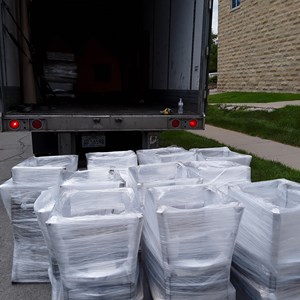 Unload of a semi with furniture for the Revive Center 24th Lake. 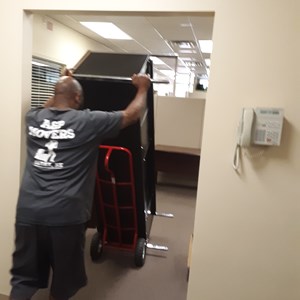 Unloading equipment into a local business.