Hate the hassle of moving? Choose Orlando's premier moving company to ease your stress! We provide you with: • Professional, full-time movers • Furniture pads to protect your items • Dollies, ratchet straps, and shrink wrap • Tools to disassemble/reassemble furniture • Years of experience We will safely and efficiently load/unload your rental truck, POD, or storage unit. We work with designers and home builders every week in newly-constructed houses, so we specialize in making sure damages to your home and your furniture are avoided. We have hundreds of 5-star reviews on other platforms; feel free to ask for proof. 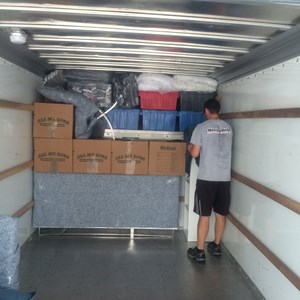 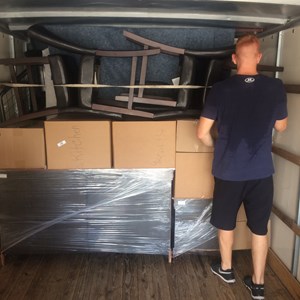 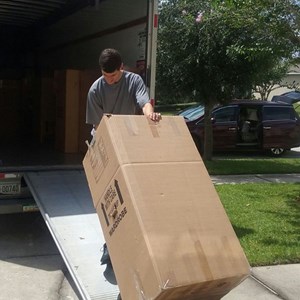 The guys were great! Worked hard and loaded everything we needed into our POD for our cross-country move!

Didn't even show up or call! I called them several times and left a voicemail but they didn't even bother to respond until 2.5 hrs after their scheduled arrival time! I had to call HireAHelper, who was very responsive and helpful, to schedule me another moving company, who came out immediately to do the job.

They were very fast! They arrived early and started working right away! They packed my moving truck excellently and also secured my belongings so they wouldn't move in the truck. They paid attention to not damage my belongings while moving them.

Not going to hire again. It took four phone calls and an email to confirm someone would be there. My understanding was they were late, however man in charge said they had an hour window to show up. Once there, they did complete the task in a timely manner.

The movers were professional and on time. They moved everything faster than I expected.

The Firehawk movers that came to help us were great. They showed up within the window that we were given, and were very much prepared to work in spite of the heavy rain. They worked very efficiently, and took great care of our belongings. I would highly recommended Firehawk, and would not hesitate to use them again in the future.

Our movers were on time, professional, worked quickly, and packed our truck so efficiently. They were especially careful with our new furniture and not a single item was damaged duirng our move. Thank you so much, Firehawk! We will definilfely recommend these guys to our friends and family!

On my day of moving, I had asked a friend to help me. After two hours of packing the truck, my friend was out of energy and it was only me. I called HireAHelper and after going through a few denials from other companies, FireHawk came through and said yes. They arrived on time, and asked what and where everything needed to be. I tried helping, but they told me to just relax and let them handle everything. It took me and my friend from 10:30 AM until 2 PM to load the truck up and it took them only 30 minutes to unload the whole truck and bring everything up to the third floor! Everyone I called, also charged extra for stairs and we did not get charged for the extra stairs. They were a joy to have there and I would definitely recommend them to everyone else, especially for their price! I wish I could remember what the names of the movers were, but I believe one was Craig. Both were gentlemen.