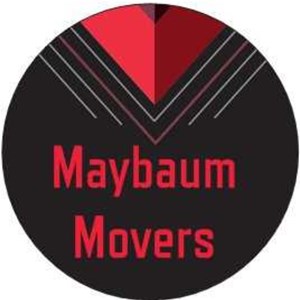 Maybaum Movers strives for excellence at every turn. Furniture dis-assembly / Re-assembly included/ dollies / doors and floors protection / tools Extreme care executed for all items big and small, fragile or sturdy. Customer service is of course, a must. Most importantly we are Honest, Trustworthy, And some of the most friendly Furniture Protection Specialists around. Try the rest, Then try Maybaum...We'll be your team for life. Also ask about long distance moves! 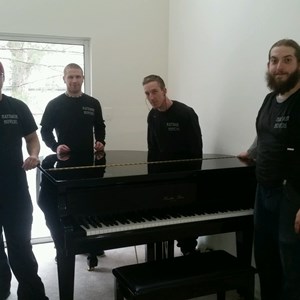 They did a good. Highly recommend...

My husband was very pleased with the work that your movers performed. They knew how to pack the boxes into the pad in a secure way to ensure the needed space and to feel confident that the items would be safe in transit. Thank you again. I will recommend your company to others. Debra Byrus

They were scheduled to arrive between 10-11 am , they did not arrive till 2:30. This caused problems with my apartment elevator as well as with the pick up of my storage pod. It made for a very stressful situation and the communication about arrival time was poor. Once they did arrive they worked quickly and did a wonderful job packing the storage pod .... I would suggest being the first move of the day if you use them !

Although they ran late, they kept me up to date on their arrival. Tyler and his helper did an excellent job packing and took precautions to protect my belongings. They were both respecyfuk and kind.. I would recommend.

Excellent!!! Very good, super nice. Would most definitely recommend them. Very happy with their service! A+++

To put it simply, this was the move from hell. I live in downtown Washington, DC, so moves have to be carefully orchestrated. I got the proper city parking permit (for one day) for the moving container, which was to arrive between 7a-10a. The movers were supposed to come between 10am-11am, and the container company was to pick the container up between 2p-5p. Everything was going according to plan until Maybaum's movers failed to show. Even worse, they never communicated that they would be running late or couldn't make it. I had to hunt them down, getting Hire A Helper to help me, and when I finally did reach them, they told me they had double booked themselves and were at another job -- and could I reschedule my move for another day. The short answer to that question was "no!" They promised to show up by 1pm but never arrived until 1:30p, just 30 short minutes before the container company could arrive. Since they were so late, I asked them several times for a "plan of attack" and what I could be doing to help expedite the move. They said nothing -- they had everything under control and would get it all done. But they didn't. While they did load about half of my possessions into the container, out of the blue, with no warning, the movers said they had another job and had to go. My apartment was still full of a large rug, tables, lamps, boxes, etc. The job was not done. I am a single female who was by myself. They left me to handle the remainder alone, with the moving container company on the way. When I questioned the lead mover about him leaving the job unfinished, he walked away and shouted "ungrateful ass people" at me, as if I had not paid him to do a job and as if he and his colleague were not completely unprofessional by being multiple hours late, not communicating, and leaving the job unfinished. I noticed after he left that they had damaged my dresser. I have no idea what else was damaged by these two. And, to top it all off, I noticed that they stole my phone charger that they had been using without my permission during the move. Yep, took it with them. I was lucky that the gentleman from the moving container company was willing to help me with the rest of my possessions and helped save the day. Finally, I have reached out to the owner of the moving company, Daryl, asking to speak with him by phone so I can relay my experience to him. After all, if this was my business, I'd want to know how my colleagues were conducting themselves and representing my business. But, so far, he has refused. Buyer beware on this one. Under no circumstances would I hire this moving company.

They were on time, respected the property and worked diligently, nice job!

They were awesome. I was out of town, so my mom met with them to oversee the packing and loading into the POD. They were efficient and careful. They came prepared and got the job done. We were very happy.

We also service the Pompano Beach area - see below for more info.

Piano on the go!