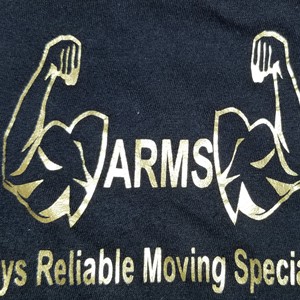 Here at Always Reliable Moving Specialist our number one priority is the satisfaction of the customer that's why all of our workers have at lest 5 years of experience and on every job there's a supervisor with 12 year's or more of experience we also train our workers in customer service to make sure that your move goes as easily and Stressless as possible. 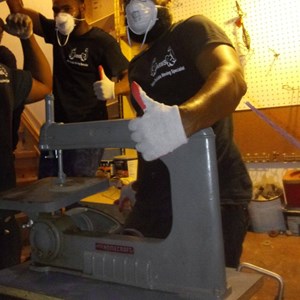 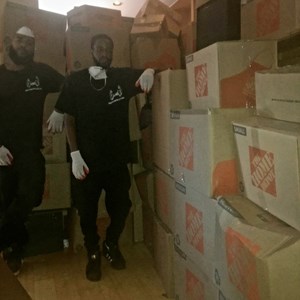 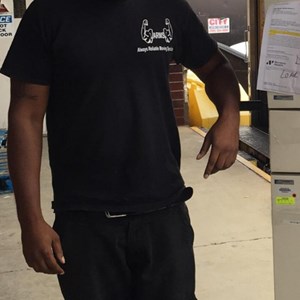 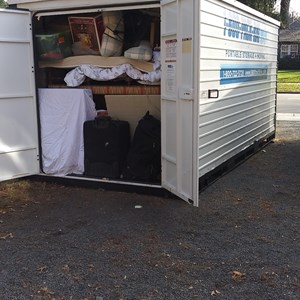 Nayquhon and Ricky were great. They showed up on time, got things done quickly and efficiently, and were extremely friendly. We got everything done in great time and they had tools to help us assemble the bed frame. Feeling good at the end of a long moving day.

They were great! I had an entire 16' truck filled and they had everything in the apartment in less than one hour! Will definitely use them again!

Hire a Helper job # 437577 On August 14, 2017 The Always Reliable Moving Company was anything but reliable. We hired them to load and unload a 4 bedroom house in Central New Jersey. I give them a score of zero and that is being kind. We hired three helpers for a total of two hours. Throughout the two hours they seemed to be moving extremely slowly. They were not able to finish this job in the two hours allotted. They asked for two additional hours and still the job was not completed. The only thing the helpers were in a rush about was leaving our home. Complaints We don’t know where to begin in listing our complaints. The helpers treated our furniture roughly. Although Hire a Helper asks their customers to use furniture pads, the helpers did not use them. I had purchased a large quantity of U-Haul Brand paper furniture pads (See Photo) but the helpers did not use them. Even though a local moving company had recommended using these pads, the helpers left them in the bags they came in unused. The helpers then asked us to buy cloth furniture pads. I had rented 6 from U-Haul that were provided to the helpers, and have not been able to locate them since. They asked for additional cloth furniture pads which I purchased from LOWE’S for $10 dollars apiece. I bought close to 30 pads for about $300.00 and they did not appear to use any. See photo. Hire a helper requires customers to use furniture pads to qualify for insurance for the furniture, but the helpers did not give me the protection needed, even though pads were provided. Queen Sized Mattress The three helpers dragged our queen sized mattress across our front lawn on the way to the moving truck. They did not lift it, and the mattress was damaged and grass stained from the dragging. My wife pointed this out to one of the helpers who agreed with her about this damage. Terrible Storing Of Our Items with no protection The job was to load and unload furniture, boxes, and appliances, from our home to a nearby storage facility. We had rented a huge space. Even with that the items were packed poorly with no protection. A Lazy-Boy Love seat was left on its side with no protection. This was an over a $1000 dollar piece of furniture. An even more expensive sofa from our living room was left with no protection and items on top. Chairs from the kitchen table were piled up like fire wood with no protection. The storage unit had a very high ceiling but the movers did not take advantage of this feature, and packed so poorly that we needed to rent another huge unit. This second unit was packed by the helpers just as poorly as the first. We expected more from professional movers. Disrespect for our items We really feel that we were shown disrespect by the way our furniture was treated. The movers did not follow the Hire a Helper policy of using furniture pads for our items. In addition one of our moving boxes with personal items that were in our living room had two empty bottles of soda in it. It appeared that the helpers looked at these items as trash.(see photo) Not Completing Assigned Tasks Even though we live in a four bedroom house, much of our furniture was already in a storage unit, as this furniture was removed to “stage” our home. They did not move furniture out of one of the bedrooms, nor did they pack the office desktop computer and printer as they should have. They did not do anything with the dining room table and china closet. The basement only had a small clothes rack, and the attic was empty. Even with this the three helpers did not complete their tasks in 4 hours! Rooms Were Left Like A Hurricane Passed through our home Every room that the three helpers worked in was left in total disarray with items strewn around the floor.(see Photo). All professionals who have done work in my house clean up and leave the rooms or space they work in presentable. The helpers did not do this as evidenced by the photos taken. Hired a local firm for the move from storage to our new home (we had expected to use Hire a Helper for this move as well. We decided to hire a local company as we did not want to risk a second disaster. Please fix this situation as it reflects very poorly on the Hire a Helper Organization. Thank you for your prompt attention to this matter, Neil

This worked out great! I booked online about a month ago and received a text confirmation almost immediately. We finalized the details the night before and although they did ask us to push our arrival time back a bit, we did get 2 extra movers for the inconvenience. They arrived within the expected window the next morning and had our whole apartment cleared out and packed in our truck in under 2 hours. Would definitely recommend!

Our experience with Always Reliable Moving Specialist was amazing! They were early (they called before to make sure that was okay) and very friendly. We requested a four hour move and it only took two. The guys were very attentitive and went above and beyond. Once everything was moved in they asked if we needed help moving things within the house. I would absolutely recommend using them.

Three of the most capable, nicest, hardworking people helped me move out all our furniture for a renovation. It was a pleasure to have them and I've already recommended them. They were completely respectful of new and old furniture alike. Willing to help in whatever needed done. They worked quickly, so it was a breeze and Im so glad our builder suggested getting a pod and moving out for a reno. It was the best decision renting a pod and using hire a helper. It took ALOT of stress out of a stressful process. Will use them again for sure and recommend.

Nayquhon kept me fully informed of his ETA, he thought they would be late, which would have been OK, but actually ended up being a few minutes within the scheduled window. Set to work immediately on arrival, finished on time. All with a great attitude despite being the last job (6pm - 8pm) of a very long day for them. Definitely recommend Nayquhon and his crew for your loading/unloading job.

These guys were fabulous. They maximized the storage space in our pods. Very hard working. Pleasure to work with, highly recommend

A customer can expect my guys to show up on time and to be made aware of exact ETA of arrival.

As long as the customer knows what they want done my guys will do it. So we just ask customers to be exact.

My company has dealt with all types of moves so It's extremely unlikely for us to see something we have not seen before.

Meeting new people and seeing new places. For me it just never gets old.

Every one of our mover's despite of their experience go through customer service training packing training rapping training.

My guys keep a great attitude.

We pack everything in your house and don't stop until the job is done.