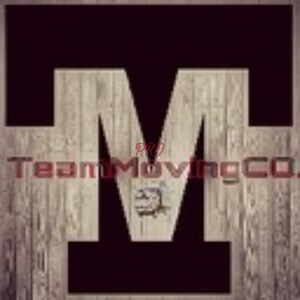 Team Pro Moving Company is an quality elite company with years of moving experience.. We focus on excellent service done right the first time. Respect, Relibalty, honesty, and affordability is what makes our company. We provide most equipment, ropes, and dolly's at no charge to you! We can assemble and disassemble , Load/unload trucks, pods, and trailers. Cleaning service and lawn maintenance is also an option we make available and any other labor services u might need a hand with.. .Book us today and let's get started!

The guys were punctual and used their allotted 2 hours wisely.

I would not hire these movers again. I rarely write reviews, but this experience made my move so much more stressful (and expensive) than it needed to be that I wanted to provide a review. First, I wanted to say that these movers were very cheap, and I know that moving is very physically demanding. However, these movers did not provide an adequate amount of service for the 2 hours I scheduled. They were often on their phones, asking other customers to pay in cash. They moved just a single cart of items down at a time, so that they minimized the amount of time they spent actually loading the uhaul truck. They did not want to use furniture pads, which I provided, and I had to go back once they left and try to climb through the uhaul to push furniture pads between items (some of my furniture still ended up scratched, as I couldn’t get to all of it). They didn’t finish moving a significant number of boxes, requiring me to move all these by myself — which took a lot of time, and I ended up having to pay to reschedule the movers I hired in Philadelphia to unload (despite having intentionally left 4 hours of buffer time in addition to travel time). They actually loaded OLD MATTRESSES and furniture that were in a clearly marked bulk trash zone of the loading dock — despite me saying that everything to move was in my apartment — onto the uhaul, and then had to unload all of it (I had been bringing boxes down to try to facilitate the move, and didn’t see them load the items). After one hour, when I realized how little had been moved, I asked for an additional hour to be added. I was told that I could pay in cash or CashApp for $80 (my contract with HireAHelper said an additional hour was $60). When I said I wanted to pay through the site, they said they could no longer stay for another hour. I really don’t like leaving a negative review that could impact someone’s livelihood, especially during the current global crisis. However, because of their poor service, my move was significantly more exhausting, stressful, and expensive than it should have been. I would NOT hire them again.

Terrence and Jacks were good. They were upfront about what they were able to accomplish within my time frame and got more done than I expected. I did find some damage that they did not tell me about once I unloaded the truck. They did damage one or two things in the house but I was more frustrated by the damage they did not tell me about. But they did pack the truck up tightly and were friendly throughout the move.

They did a great job with loading the truck with as much as they could fit. I know it took a while but I thought it would have taken a bit less time. I also was disappointed that they broke something that was sentimental and not only did not clean any of it up, but also did. It even tell me about it. I was left to find it when I did my final cleaning. But they were very friendly, did everything I needed them to do. Thank you.

These guys were the sweetest two dudes I’ve ever met. They worked incredibly fast and were super gentle with everything we owned. Our little terrier wouldn’t stop barking, and they laughed it off and kept assuring us it was fine. I couldn’t imagine ever using anyone else to help move. They were the absolute best!!

They were 15 min. late, but called me to let me know. They were professional, courteous, and did a fine job. I had a change of plans of what I needed and they were very accommodating.

They were on time. They did not bring any tool and all of my tools were packed so I couldn't access mine. They also did smell like weed when they showed up which I frowned upon. The truck also could of of been packed better. Overall good experience you get what you pay for.

Mover's response:
Weed?? Not me or any of my employees.. we used our own tools that we brought along, not sure why your memory bad ??..or you just want to slander us but I thought it was a good move , your things were loaded and unloaded without any problems. Were we suppose to put on a step show as well?? Not sure what else you expected other then two guys working hard to load and unload???????.. regardless we appreciate your business and stay blessed
- Team Moving Company

you can expect a representative from the moving company to call to complete a Pre-Move Survey and to confirm all that we have on the order is correct.

Additionally, you can expect a representative from the moving company to call the morning of to confirm arrival.

Before you get out the bubble wrap, figure out what needs to happen for the day to go smoothly. Do you need to reserve your building's elevator? Will the truck be parking on a busy street? If so, save a spot ahead of time. If you're moving in or out of an apartment complex, make sure you know the rules—Preparation before the big day is really important to make sure that you and your residence are ready for a flurry of activity.

Simply put its meeting the people

All of the movers are trained to better understand the mechanics behind proper packing loading and unloading quickly and efficiently. Moving training helps teach our movers on how to be more efficient in all aspects of the moving process, which will ultimately help you save on money.

We don't accept next day requests.