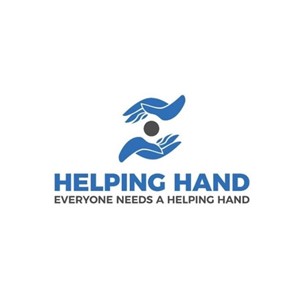 Helping Hand Movers are one of the most productive and affordable moving company.We specialize in not just local moves, but we travel long distance too! Our company services Ohio, Arizona, Texas, Florida and anywhere in between. Looking to have the family piano moved? No problem! our friends at Helping Hand Movers will travel to your location and help you load and unload your piano for 2 hours! Send us a message or give us a call for more information. 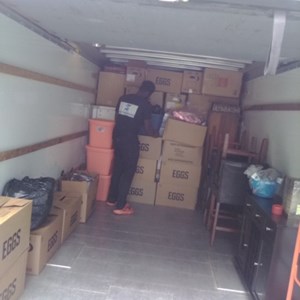 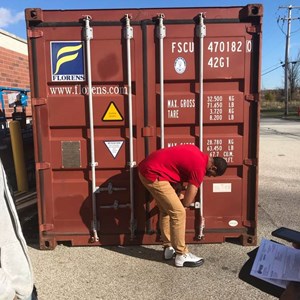 They arrived within the 1-hour window they said that they would. I had the truck already loaded by the time they arrived, so all they needed to do was follow me to my move in location, which they did and then unload and bring in the back door — NO stairs were involved. I had requested that they be prepared to put my bed together, as well as, as a sewing table. They didn’t work real fast and despite the boxed were labeled with where they should go (master, kitchen, living, etc.), every time, they stopped and asked me where it went !?! When I booked this job, I specifically requested that they assemble my bed and a sewing table. It literally took him 30 minutes to put 2 legs (out of four) using a little screwdriver because he did not have a power drill! I borrowed a power drill today and despite having to remove the only two legs they put on because they used the wrong screws on both sides of the hardware, the whole ordeal took me 15 minutes. So perhaps when a customer requests furniture to be assembled/disassembled, the helpers are informed of this and come prepared with a power drill. Otherwise, they did okay.

They were 45 minutes late. They had no tool with them, on the website it said they would have moving tools and they didn’t. One of the men had no clue on how to move things. Don’t use this company Thank goodness we only needed them for the furniture cause they were slow

The two gentleman was very polite did there job good they were very efficient no playing around did there job as I told them. Thanks Dolores Stanchina

Our movers were fantastic! Really hustled and we’re very polite and efficient!

I had to reach out to my contact person 1st. He said, he was "just about to call me" I asked him if he would be able to take the job the next day at the set time of 8am to 9am, but if he could come earlier that would work for me. He said I would get a call from one of his workers in the morning 15 mintutes before arriving. I received a phone call at 7:58am from same phone number (the boss) saying he was about an hour away, to expect him by 9am. At 9:30 am I called , it rang and went to vmail. I left a message. At 1030am I still had not heard from him. I called again. This time he answered, was very rude and said "who's this?" I stated my name and explained he had an appt with me and was over an hour & 1/2 late, he said" oh, my guy had an emergency and can't make it. " I explained that a phone call would have been nice since I have been waiting for help to unload my truck for an hour and 1/2. The whole think sounds shady, he had another bad review about no show. His name is Sultan Smith and he is not professional, he is rude and had no respect for other people's time. I would never recommend this shady business man to anyone. Now HIRE Helper reps were nothing but AWESOME. They called me to check on me right after I had to reach out to Mr. Smith, also when I called this morning to say he was a no show, Samantha was great she tried to find other movers and was able to cancel my order due to no show and said she will refund all my money. Do not waste your time with Sultan Smith he has a 440 area code number and 478 number . Beware, shady, shady, shady.. but this is 2nd time I've used hire helpers and 1st team of movers and hire Helper cust care was awesome.

They showed early, worked hard in 97 degree heat, and knew what they were doing. They were awesome.

After they tried to cancel an hour before they were suppose to arrive, they finally call to tell me they will be there in 5 mins. It was over two hours after that when they arrived. I had a 10 hour drive with a 26 ft truck and car hauler and needed them to be on time. I was their first appointment of the day. I provided a dolly and furniture pads. They didnt use them. My furniture how now been ruined because of it. They put my beautiful farmhouse dining room table and vintage dresser up against my metal tool box without a furniture pad and there are huge cuts throughout those two pieces of furniture. There is no way to fix it because the cuts are so deep and long. Overall, I am not happy and the experience was horrible

Fantastic, respectful, hard workers! Definitely would hire again. Dominic and Kevin did a fabulous job with a smile

They showed up on time, barely (6:56 in the 6-7pm window). They did work hard and were fast and strong. My problem is that I asked them to pack the bedroom furniture last because I wasn’t sure all my stuff would fit and planned to leave the bedroom furniture behind and try to sell it if it didn’t all fit. They insisted with 100% confidence it would all fit and then it didn’t. And they came to me asking if I could put stuff in my car. No, I already had set aside stuff for my car. When I asked them to take out a dresser they did so, but didn’t offer to take out the second dresser which was packed further in. While all my stuff may not have fit regardless (but I wouldn’t know), the fact that they didn’t listen to me to start with and made no offers to fix the situation is what turned me off. It was late, and I felt like they just wanted to get out of there. Id more or less just caution be consumed that if you have a plan, stick to it.

We also service the Kathleen and Ypsilanti areas - see below for more info.

On time and good communication

Our Crew Leader is seen here loading and packing a truck.

unloading a container at a target location