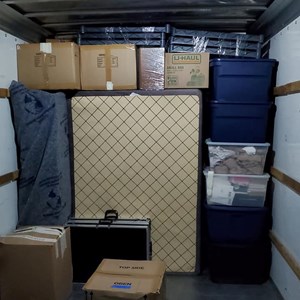 Courteous,Professional and Respectful movers every time. Our movers take pride in a job well done! We want your business and also want you to have a great moving exp with our Professional Movers with over 10 years exp. Our reviews and the high number of completed moves speak for itself. Are you looking for the best *Professional *Experienced & *Reliable Movers to assist with your move? Well look no further! Professional Moving Labor is a fully Licensed & Insured Professional Moving Company. We have professionally trained and experienced certified movers. We have over 10 Years of experience and serve 3,000+ satisfied and valued customers per year! We load and unload rental trucks, pods, ABF trailers, storage units, pianos, hot tubs, vending machines, in-house moves, from one piece to whole house, we do it all, our goal complete satisfaction. We offer the lowest Rates in the Moving Industry! IL number one movers at the lowest cost to you! Our Courteous,Friendly and Professional Movers who take pride in a job well done will take the stress out of your move and give you a great moving experience!! 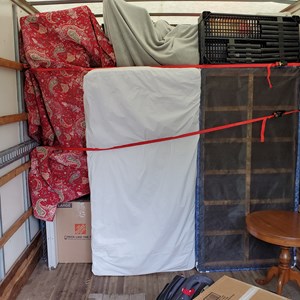 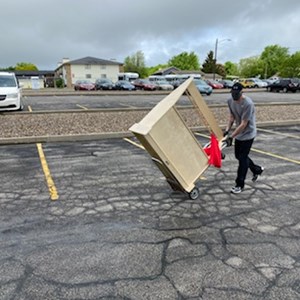 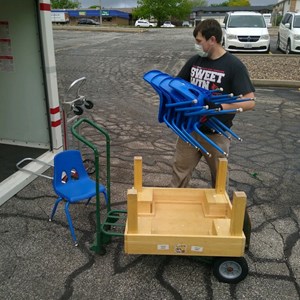 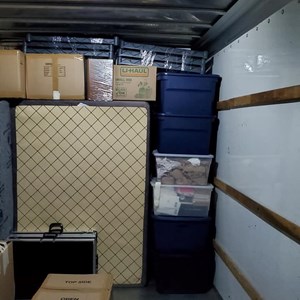 Two young guys came and worked non-stop moving my belongings from 3rd floor without elevator to my truck and then unloading. I have used them twice now.

Kale was great! Amazing how he was able to fit all of our household into the Pod! We plan to request him in 6 months when our new home is ready. Very friendly and considerate Helpers. They were on time and prepared. They were very careful with our property as well. Kale and one of helpers were excellent and worked particularly hard. Definitely use them again

They were late and worked slowly but were careful with my stuff so overall did a good job.

Our HireAHelper crew, Kale and Anthony we’re excellent. They worked extremely hard for 3/3 1/2 hours. Our PODS container was filled and ready to leave when they finished. I would recommend them for anyone moving and needing their service.

Ryan and Sam were great. They worked quickly and smartly throughout the time they were with us. Above all they were courteous and respectful of our situation. We would highly recommend them to anyone. Thanks Joe and Nijole Valaitis

Let me begin by saying, I had no problem with the two gentlemen who completed my actual move. Ryan and Sam were great. Ryan kept me in the loop with timing challenges by sending texts and calling. Both guys worked hard, kept a sense of humor, and were very grateful for simple things like bottled water that I gave to them. My challenge was with the actual company. Due to scheduling issues, the movers showed up THREE hours late. It threw my entire day off schedule. I had very tight windows of time with other service providers, so their late arrival did nothing but add to my stress level. When I called Verlys all I got was a simple apology, nothing else. I realize things happen, but three hours is really inexcusable. I'd never use them again as a moving services provider.

The helpers were great, but the communication from their office was awful. Our helpers were scheduled to arrive at 9am. I received a call from their office stating that some of their employees were in a car accident the night before and that this messed up their scheduling. They said that they were still going to send our original helpers but they won’t be arriving until 10:30. This was frustrating, but understandable. At 11am I still have not heard from anyone and no one has called with an update. I called there office a couple times to only get a voicemail. I left a message with no call back from the office. I called Hire a Helper to see what we needed to do. They tried to call their office and couldn’t get anyone to answer either. Hire a Helper was in the process of finding me a different company to use when the helpers finally contacted me to tell me they would be there at Noon. The helpers were fantastic. It was hot and humid and they did a great job. It was frustrating to find out that they were called in on their day off to do my job. They had to drive a couple hours away to do it. Since the office knew they were coming from that far for them not to call with an update is not professional at all. I understand that things happen, but lack of communication only escalates things further especially when the entire day is scheduled around the helpers. A simple phone call with an update should have been made. Especially when I left a voicemail. They left the call back to the helpers to do, when the hellers being late was not their fault at all. My 2 star review is because the helpers were fantastic and I would highly recommend them. The office is horrible with communications the day of and don’t return phone calls. I would be hesitant of this as lack of communication when they know when the helpers will actually be arriving makes me question using them in the future. Oh and their office called within 30 seconds on me completing the job online to schedule the helpers for their next job, so they are obviously able to answer a call or callback but chose not to.

Mover's response:
First of all I'm sorry, communication was lacking from the office but there was a car accident. We were receiving several phone calls that day and lines were busy. Sorry for the delayed call back. When you have hospitals and families calling the office things can get a little crazy.
- Verlys Pro Moving Labor

The providers were respectful and hard working. I hired them to help load boxes and furniture onto a truck and POD. They did not do a good job in loading the containers in a space efficient way or in some cases in protecting the items. I had to repack the van the next day. Also they shut the containers before telling me. The POD is jammed and unable to be opened. I highly recommend hiring professional movers even if it costs more.

Mover's response:
Hello Trudy, First of all your pod was 3/4 loaded by someone else before our movers arrived at your location. You said you hired two area kids to load the pod that way! 2nd of all you rented a 15ft truck and expected a 3 bedroom house and office to fit inside the truck! Our movers do know how to professional load top to bottom and all the way back. You had way too much stuff for a pod, 15ft truck and a VAN! Please give us a call.
- Verlys Pro Moving Labor

I would not use this company. They were one hour late. They damaged my wall, dropped my furniture and damaged my kitchen table. This was all done in front of me. They admitted they damaged the wall and said they would fix my wall but denied they damaged my furniture if that even makes any sense. I called their “customer service” who told me they interviewed the workers and they denied damaging my furniture. A manager was supposed to re-interview the workers and get back to me a week ago. I’m still waiting for that phone call. Horrible customer service and inexperienced movers who were young kids....very unprofessional. Do yourself a favor and use another company.

Mover's response:
Our movers did take pictures. The furniture you speak of was moved after our movers left. WE have proof of that. Our movers do take pictures of the loaded pods and you only used them for one hour and said you and your Husband would do the rest. We did call you and showed you the pictures.
- Verlys Pro Moving Labor

Customers can expect great customer service from the very first phone call. Also our Moving Crews will take pride in a move well done and we offer Moving Satisfaction Guaranteed!

We handle all types of Moves. Local and long distance. Residential or Office Moves. From one piece to the whole house we do it with complete satisfaction at all times.

Another mover as always wearing mask and gloves.

Professional Load High and Tight by our movers in a moving truck. 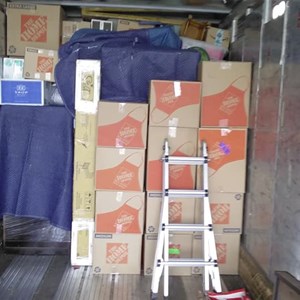 This is an example of a starting load in an AbF trailer. 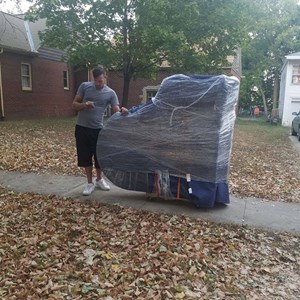 Baby Grand Piano Move where we Professional Wrap the piano for transport.