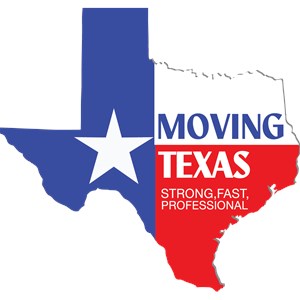 Moving your belongings can be challenging, especially when you need to relocate heavier items. Get your small and large possessions moved with ease by turning to Moving Texas. Since 2011, we have helped clients in and near our area with loading and unloading their items to new locations. We can assist you with moving your valuables to all sorts of places, such as houses, apartments, and office buildings. With us, you don't have to worry about loading or unloading your items. Our strong crew members will handle everything for you, including the assembling and disassembling. Let us help you with your next move – you won't regret it!

Fantastic! They brought their own dollies, were very friendly, powered through all of the heavy lifting and stairs and were very respectful of our things (which is a lot more than I can say for the company we hired to move us into our new place in Seattle). I would highly recommend this company...you wont be taking a chance.

Arrived on time and were very quick efficient. Would love to use them again. :)

They were on time and got right to it. No issues and very helpful. Very respectful of our propert and household goods. Will definitely use them again

Morris and Jeremy did a great job. Definitely would recommend.

Moving Texas was a life-saver! After hurting my back the day before we were supposed to move my graduating daughter back home, i desperately searched for help online. I found HireA Helper and Moving Texas They arrived on time and were quick and efficient. They helped us move a bed from one apartment to another and then quickly loaded my daughters whole apartment into my rented moving truck in less than 2 hours! They were friendly, careful, quick and strong. I will definitely be calling on them again. I highly recommend their services!

Arrived on time and started out well - good padding initially of my furniture. Their handling deteriorated over the two hour window. I suspect that they have never moved their own furniture in spite of the self-proclaimed "moving professionals" title. Padding should generally be used to keep furniture from rubbing against each other during moves and not just put on top of everything (presummable to keep dust off?). Seemed to have no concept that furniture could move in any direction during transport and then got disrespectful when suggestions were made as to how to prevent something bad from happening. However, miraculously, I must admit that my furniture did survive the move but can't honestly say is was the direct result of good packing techniques. So the end result - service was okay.

Outstanding job! The guys took the job on short notice and arrived at just the right time. They were strong enough to move all my things and they had good teamwork, it was apparent they have worked together for quite a while, they were efficient and well coordinated. They worked hard and kept moving; they finished my job within the time I had allowed.

Movers were on time, with the required materials for heavy lifting. They were very efficient with my time and were finished before the 2 hours were up. I would recommend them.

They showed up earlier than scheduled as a courtesy and did a great job dismantling two queen beds. However, I had a few issues with them. They were not on-the-ball with telecommunications, did not have any flexibility in their schedule after the job in case I needed more of their time (they had scheduled another move within a half hour of mine), and they loaded items messily into a Pod. At one point, due to their messy packing job, several items (including a valuable antique chair) fell out into the parking lot, and the mover, Morris Franklin, told my friend with a back condition that it was her responsibility to put everything back into the Pod, because "Ma'am, our time is up." He told her she was being "ungrateful" in asking him for help, though I hired and pre-paid them for five hours to pack up a two-bedroom apartment, and she needed his help for about ten minutes. In other words, he was not willing to go beyond what he was paid for, even though I had tipped him generously for his work and hired him on two separate occasions to help. However, he had left no flexibility in his schedule, so he felt rushed to move onto the next job. I found Mr. Franklin's mentality to be typical of this day-in-age, only doing what one is hired for and not going the extra mile, for any reason.

They called to let me know exactly what time they would arrive the day of the move. They were quick with loading my things into the truck and did a good job taking care of my belongings at the same time. They were friendly and did exactly what I hired them for. I would use them again.