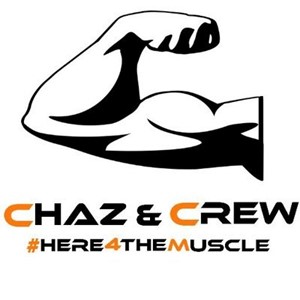 Our service is designed to help you move your items while saving you lots of money. You supply the truck and pack up your boxes while We do all the heavy lifting. We'll professionally load & unload including any assembly or disassembly. We bring tools, dollies and moving blankets. We ALWAYS show up and work hard. 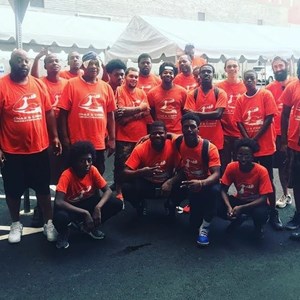 Guys were really nice and very fast. I was surprised they had no furniture pads/ blankets or dollies. But they loaded m truck such that everything arrived safely.

Mover's response:
Thanks Jill. Glad we could come out on such short notice. We did have dollies and blankets however you only had sofas, mattresses, box springs etc. a dolly is no help moving those items especially when the truck was only 5 feet from the door. I knew everything would be fine since you only moved a few blocks away. Also we provide those as a courtesy.
- CHAZ & CREW

Chaz and his team did a great job. He actually showed up with three people and the work went even faster. Also I had put the request in just the night before and their response time was pretty unprecedented - they really helped me in a bind. Friendly and professional service. Will definitely use again.

I was thoroughly impressed and satisfied with our 2 moving truck loaders, Antoine and Joe. They were right on time, and totally friendly, courteous and fun guys. And VERY good at their jobs -- they were truly PROFESSIONAL furniture movers. They handled all the furniture with great care, wrapping and padding everything. They were phenomenal at fitting and interlocking everything in the truck like a giant 3-D jigsaw puzzle. I can get a little picky and fussy about how things get stacked, and I tend to be fairly paranoid about things shifting around and breaking. After watching these guys put the first 3 pieces in, I was totally satisfied that they really understood what they were doing, and I didn't have a moment of concern thereafter. Everything fragile was totally protected the way they loaded it. They worked quickly, but never carelessly. In fact, it was great that they took the time to assess what would work the best, rather than just stuffing boxes in wherever. In the end, the 16 ft moving van was completely full, and after driving 900 miles, not a single thing had shifted, fallen, squished, or broken. Amazing! Thank you guys!

These guys were legit! Very diligent and curteous. Would use them again.

This is my second time using their crew. My wife and I are both military so we're no strangers to moving. Chaz and crew were by far the best set of movers I've ever worked with! Highly professional, hard workers and they were VERY CAREFUL with our things. Great group of guys, hope we can use them again in the future.

Chaz and Crew arrived on time as scheduled. . They called immediately after placing the online request to confirm the date and time and then they called the day prior to confirm again. Two young men came to unload our truck to move into a one bedroom apartment. They seemed to need some help and guidance as how to proceed and prioritize the work. They did work - but it did not appear that our job was their prime interest, as whenever possible they both were busy with their cell phones throughout the two hour period. They were careful, but not nearly as careful nor as professional as the group which helped to load our truck the eve prior. They also did not seem to even attempt to engage in any conversation with us. I would probably choose another company next time, however they did get the job done.

Mover's response:
We arrived early and finished the job early. We were careful as to not break or damage anything! Even carrying the sofa up 5 flights when it didn't fit on the elevator. We take our direction from you as to where things go. The only time we were on the phone was to get orders for our next job but it did not take away from unloading your truck on time. I'm sorry but we are there to work, not to engage in alot of conversation. No offense but I think that's why your husband told you to "chill out"
- CHAZ & CREW

They were on time They were prepared They worked very hard, we had them for 3 hours and they didnt stop. They were very respectful of our property, goods and us in general. Yes and No Mam and Sir was how they addressed us. Yes

Loved the two guys that were sent to help us. They worked hard - were very nice, young gentlemen. Unfortunately, I only remember Joe... I can't remember the other guy's name. I will, however, always remember that if we ever need to move again I will call on Chaz and Crew for help. Sincerely, Caroline D.

The customer will get a call on the day of the move when we are en route to their location. If, for any reason, we are running behind our agreed upon arrival window, the customer will know well in advance and will be given an updated ETA.

We've handled every time of move you could imagine: long distance moves, local moves, moving items within a home or apartment, office moves, furniture assembly, and everything in between.

At CHAZ & CREW, we take great pride in taking what is typically an extremely stressful situation, and making it go incredibly smoothly. We hear a lot of horror stories about other movers from our customers, so it's always exciting when, once the move has been completed, our customers tell us "this went better than I could have hoped!"