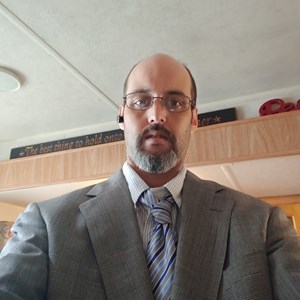 Salem, OR / Moving services within 80 miles

Salem, OR / Moving services within 80 miles

We are a professional moving company based out of Salem Oregon, We have 14 years experience in the moving business we have been helping families with there moving needs and more we also have been loading and unload there rental trucks and 53 foot trailers for years, we also offer packing and unpacking of your house hold goods and as always our goal is your satisfaction. We also offer free in home estimates.

They showed up right on time. Turned out the guys I hired to load the truck didn't tie stuff in as they went. Josh saved me by recognizing there was going to be a potential fall and worked hard and fast so that the load didn't come crashing down and potentially damaging stuff. Thank you, thank you, thank you. J and crew worked hard and were careful with my belongings. I highly recommend them.

I had a great experience with these guys! They were very professional and worked quickly. I will absolutely be calling these guys again for my next move!

They were not on time They were not prepared for the job. I had to provide 2 dollies They took allot of smoke breaks They were respectful of our property I would not not use these movers again

Mover's response:
Your paperwork was not true about the job I said on the phone if there was a long walk we needed more people got there and it's 200 yards to the truck then you ask me to call more people out there I told you before the job we are out of salem and after this review we should have left after the 2 hours like your other movers from last night you got 3 and a half hours and your job completed before I left don't forget who got your truck loaded and you guys on the road.
- J & E MOVING

The owner Josh overcharged me and said he would credit it back to my card. It's been 10 days since my move and he won't return my call.

Mover's response:
Your refund was sent to you before your review was posted have a good day.
- J & E MOVING

They were not on time, but worked okay once they arrived. They did not offer to put recliners together once they were in the house. They sort of haphazardly and quickly unloaded. They brought a third helper that I had not hired. They said he was riding along for the next job so they told him to just help with our job. When they were done, I felt like I had to tip all 3, which added to the cost more than I had planned.

Mover's response:
Most people would say thank you for paying a wage for a 3 helper at 0 cost to them have a good day.
- J & E MOVING

They were very considerate of my belongings. It was a tight fit to get everything in my POD but they continuously worked and managed to do it. They were very courteous and I would certainly hire them again. A job well done.

The helpers were polite, worked well together, and got everything done quickly.

Because of a call-in-sick, the crew arrived with only three guys instead of the four I'd contracted. However, these guys did the work of four, and unloaded a 26-foot *very* tightly loaded truck in the planned time of four hours, so that wasn't a problem. The crew was friendly but professional, and paid attention to bumping the walls and other care while moving the heavier items. I spent a bit of time talking with the owner at the end of the job, and as a long-term small business owner myself, it was clear to me that he had the right attitudes: he treats his employees well, bends over backwards for a good customer experience, and is willing to do the right thing even if it involves a short-term loss. He definitely has the potential to build a good, solid business over the long term. (He already has shown this - the HireAHelper site first presented a business with only 40 moves under their belt, but J&E - this firm - has over 800.) In short, they were professional, responsive to our needs, and very easy to work with - I''d definitely use them again.

The two men that came where outstanding fast and efficient. I would recommend them to anyone that has a need of help. Very professional. Thank you!

Expect a call within 24 hours of booking to go over any details.

Just have truck and furniture pads and if possible tools.

I enjoy it's a different customer everyday.

I teach them everything I know and learn,