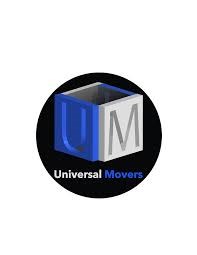 Here at Universal Movers were a 5 star moving business, We have a long tradition of quality and satisfaction in all types of packing and relocation services.. Since 2003, we have built an organization of which I am very proud. At every level of our company, experienced and dedicated employees work together to maintain the highest standards possible. From packers and professional movers (loading and unloading), Storage Containers-ABF Trailers-Rental Trucks, to customer service, many of our employees have been with us for years. They know their business and they are professionals in the industry. Our goal is a positive relocation experience for you. Our promise to our customers is satisfaction and nothing less. Call & book us to let me show you the difference what a local trusted small business can do for you.

They guys did a great job packing our POD to the limit. Worked fast and were great to work with. Would recommend!

Outstanding job! I will definitely recommend this company to anyone moving!

On time and worked quickly and efficiently. Friendly and respectful of property and goods. Would recommend and would book again, if needed.

The positives are that they work very hard and fast, they are great at moving even large and awkward items, they are great at packing furniture and boxes into trucks, and they are nice people to deal with. They are also very competitively priced. This is the second time we have used them and we would use them again. The downside is that on both the moves we have used them they have been at least 2 hours late. This time it was beyond their control due to a car having a tire blow out when they were driving to us. Last time is was because they couldn't track down one of the people who was meant to move us. Being late wasn't a big deal for us, but if you have hard deadlines to meet I would be concerned. They also seem a little stretched at times in terms of trying to fulfill all the jobs they win - we overheard multiple calls trying to find a new crew to finish our job while the original team started a new job. Both crews were great at what they do, and always polite. If you have a little flexibility on timing I recommend them.

They were ok the first day them told us the needed $400 cash to help move the following Sunday, Dec 29th. My Girlfriend gave them the cash but they they never showed up on the 29th, wouldn't answer their phones or acknowledge the cash payment and booking. My advice to anyone is to avoid these 2 guys.like the plague .. I don't know what their problems are ... drugs or common larceny I suppose.

Mover's response:
I tried calling your phone yesterday and this morning this is a horrible review and horrible false statements about our company we were suppose to be there at 10 am but we cant drive somewhere when we don't get an answer from ur phone as well.i cant believe ur assumjng3 drugs and larceny thats so disreapectful we been in business for over 14 years and would never do that to anyone we dont even smoke ciggerettes let alone do drugs this is a horrible assumptions
- Universal Movers

Harold and Paul were great. Constantly moving, no breaks. They were on a mission and got the work done quickly. Company was easy to work with. Contract was straight forward, clear, with no hidden fees and reasonable rates. However, Although I had the boxes clearly mark, there were several boxes mark for the second level that were placed in the basement stack a little to high for me. Especially with some weighted boxes on top. In addition I had to carrier these boxes two flights of stairs. Other than that they were fast and efficient. I would definately recommend them.

They did a great job. Very friendly. Very helpful. Worked hard. Will use them again in the future.

Harold and Paul did a great job...I can’t believe they unloaded the truck that fast. Personable and kind, highly recommend.

Mover's response:
Ty very much for the 5 star review and for your hospitality god bless you and your family good luck in your new home.harold and paul universal movers!!
- Universal Movers

Universal Movers did a very good job unloading the pod and moving everything into my house. I would use them again if needed. The two of them arrived and were shown where everything would go. They were very polite and told me stories about how they are better now that the one causing problems was gone. I appreciated the honesty but the stories didn't stop which caused me to get a bit nervous. The first piece of furniture, a secretary, actually broke in two as they lifted it and they couldn't be more sorry. Fortunately it only took minor damage and the break was were it was screwed together so the two halves went into the house and after everything else was moved, without issues, they were able to reassemble and put it in its proper place. You wouldn't even know it had happened. It didn't happen due to maliciousness or neglect and they were truly upset and sorry it happened. Positives: Called 30 minutes before their scheduled arrival time to let me know they were running late. Very friendly and courteous . Worked quickly and efficiently to get everything done within the scheduled time. Improvement Areas: (minor things) Never called to confirm the appointment. I had to call them two days before to make sure they were coming. Didn't have any tools with them so used mine. There wasn't much of a need for tools but part of the sale of the service was they were to bring their own.