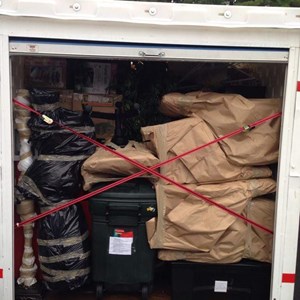 Welcome to Allbright Moving Services Inc. We offer Moving Labor Services for an inexpensive alternative to Full Service Moving. We have 10 years of experience in the moving and delivery industries and we are dedicated to providing you with a great experience of friendly professionalism, knowledgeable staff, and timely service. We understand that moving is stressful and time consuming. Let us help you make your moving day become stress free and on schedule.

They did what I hired them to do. Thank you

When every other moving company let us down, Hire A Helper stepped up and took care of us. The women I spoke to on the phone, went out of her way to assist me. She was empathetic to my problem and generally cared. The moving team responded quick and were very professional. The moving company showed up when they said they would, took care of our unloading needs in a timely manner and were friendly throughout. I HIGHLY recommend Hire A Helper to take care of your family, like they took care of mine.

the 2 gentleman that showed up were very good. gues they had an issue first this in morning so the owner showed up to fullfill the contract. to me that was very impressive. shows that he is a worker and represents his company well

The owner of the Allbright Moving Services showed up with a helper, the helper was a good worker, fast and efficient, the owner however, was slow, out of shape and unable to move things as needed. The other helper could not do the job alone. They arrived at 9:30am and at 10:15am not a single thing was loaded into the pod, the owner was taking his time "evaluating" how to load the pod. We have a 2 bedroom ranch home with approximately 1700 SF, its not a huge home to figure out. I was extremely disappointed with these workers. The hire a helper assured me that these movers were experience in loading a pod and moving in general . This was not the case. Do not ever hire Allbright Moving Services! They are NOT movers. They were terrible!!

Mover's response:
Unfortunately this customer was stressed out and not organized for her move. Being a real estate agent she failed to communicate properly about the scope of work and made a few things inefficient for us such as removing the dresser drawers when we didn't need them to just for us to spend 15 minutes or more walking them outside and putting them back in. The customer had very nice, quality, heavy furniture but nowhere near enough furniture pads to protect their furniture properly. So yes we was nervous about moving her things without causing damage to her belongings so we were being thoughtful and cautious.
- Allbright Moving Services Inc.

They showed up on time and worked efficiently. They were very friendly and even did a couple extra things for us. Great experience and I’d use them again.

I used Albright to pack a Pod. The movers were professional and friendly. They offered good advice and were thoughtful and intentional with their work. My belongings survived the move in good condition. My main issue was timing. My appointment was originally scheduled for a Tuesday. They called on Sunday to see if they could come Monday instead. I rearranged my entire move to accommodate their schedule. They were supposed to arrive between 2 and 3. They called at 2:45 to say they were on their way. They arrived a full hour later. So they got started a full two hours after I expected them to arrive. They went over the allotted two hours, even though they declined help from me and my family, so I had to pay extra. One item was damaged while they were moving things. They knew it had happened but didn't tell me. I found it right after they left.

Our helpers from Allbright Moving were very efficient, took great care of our belongings, and were genuinely nice, to boot! I highly recommend Allbright.

Nathan and Shawn were very helpful in getting our pod packed. They gave helpful ideas to keep our property in good shape for this long move. They brought needed supplies and were very respectful. I would use them again.

On time, prepared, professional, and efficient. Very respectful of our possessions. Would use again in a heartbeat.

We also service the Rochester, Syracuse, and Erie areas - see below for more info.