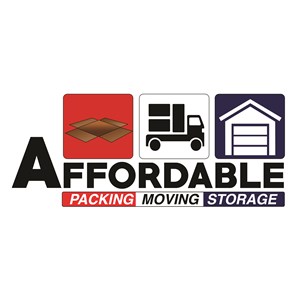 My associates and I offer over 30 years experience in packing, loading, and unloading. We understand the importance of customer satisfaction and also how important your belongings are to you. Allow us to make this move the easiest you've ever had!

Aaron and his crew just finished moving my daughter and her roommates apartment at NotreDame. Very professional, on time, efficient, polite and fast. No time wasted. Hard workers and well done.

Good communication, knew they were coming and when, they arrived on time, and in bitter cold, worked without complaint, non stop and filled a 24 foot Budget moving van in exactly the allotted time. They worked as a team with experience, and concern. Thank you!

The laborers were very helpful in re stacking the trailer to the dimensions that were agreed upon in my contract with the moving company. However, one of the pieces of furniture we packed was completely destroyed and packed in a heap. It was an important piece of furniture that I was looking forward to bringing into my new home. It was irreplaceable.

The troopers came on time to pack my UPack Crates with even an extra person (son, I think) and moved all my stuff in the pouring rain without complaint. I really appreciated that. My only issue is that when the crates arrived at the destination, there were two broken bookcases and 3-4 boxes overturned due to shifting. They had packed some of the heavier boxes on top which was not good. All in all they packed it tight, but heavier stuff should go on the bottom.

The movers arrived right on time. The truck was loaded in just a little over an hour. We had about a 25 minute drive over to the new place, and the truck was unloaded quickly and efficiently. Not a thing was lost or broken. The guys were very friendly and respectful. I would use them again in a heartbeat. I highly recommend this crew.

On time, courteous. Got right to work upon arrival. Did the job contracted for in timely manner. Professional.

great job! will use them again!

Our movers were very professional, polite and respectful. They arrived on time, worked hard and got the job done within the 2 hours that they were hired. Also, my young children were there at the beginning of the move and were in the way. Both movers were able to work around them and didn't appear annoyed or frustrated at having to deal with kids during their job. I will definitely use them again.