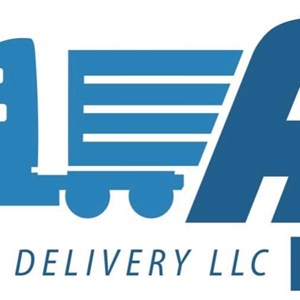 AJ Moving & Delivery provides you with the best and only the best moving service with professionally trained movers committed to customer satisfaction. Quick, reliable, and fast!

The guys were a little late, but it ended up being irrelevant. It only took them 2 hours to unload everything! When I think of how long it took to load up the container, I'm impressed! They were polite, friendly and helpful. They were careful with my things and put everything exactly where I asked them to. I was very pleased with their work. I would definitely use them again. Thanks for your hard work!

They were on time and prepared to do the job. They worked very hard to fit a lot of boxes and furniture into the 16 foot POD. They were expert at wrapping furniture to protect it and stacking everything like a puzzle to fit in the POD. They were exceedingly respectful to me and my property. They were the Best Movers I have ever had and would recommend them highly to anyone else who has a difficult moving requirement.

This is a long review so if you don't want to read it that's fine, but I wouldn't recommend you hire this company because I could not recommend them to anyone based on the service I did not receive. I did not talk to this company until I called them two days before to confirm I was on their schedule. I was advised only two start periods were available; one in the morning and one in the afternoon. I took the morning slot and was told they would arrive between 7:00 am and 8:00 am. when I tried to get them to narrow the arrival time I was told that wasn't possible. At 7:00 am on the day of the job I was up waiting for them. When they hadn't arrived by 8:00 am I was concerned but not significantly. I'd already received the text messages from HireAHelper at 8:02 am so I replied with the text "Help". I received a response telling me they were sorry to hear I was having issues and someone would be calling me shortly within their normal business hours. Because HireAHelper was not available to contact AJ Moving and Delivery, I tried them at 8:15 am and went straight to voicemail. I waited another 15 minutes, calling them again at 8:30 am. The individual I'd talked to two days prior answered the phone. After asking where they were I was told that he had told me they'd arrive between 8:00 am and 9:00 am not between 7:00 am and 8:00 am. As this was a blatant lie, I took exception to what he'd said and asked if they were going to complete the job. At that point he told me he only had two of the three people I'd contracted for but hoped to have the third one shortly. He told me he'd call me back in 15 minutes. Suffice it to say he not only didn't call me back in 15 minutes he wouldn't even answer the phone after I called at 15 minutes and again at 30 minutes. Since it was after 9:00 am, I sent another "Help" text to HireAHelper. It must have been during normal business hours because they called back at 9:13 am. The end result, AJ Moving and Delivery, LLC would not do the job as contracted and Molly with HireAHelper was able to find me a different company to do the work later in the day. Although Molly did a great job of finding me another crew, I ended up changing the job from 4 hours to 2 hours for several reasons which resulted in the original contract being cancelled and a new one established. Although the price was reduced by $120.5 it still cost me $125.50 more due to the added cost of the service over a shorter period of time. This was the first time I've used Hire A Helper and it will probably be my last. I've always been told you pay to learn but this was expensive when you view it on an hour by hour comparison.

Mover's response:
I'm very sorry that we did not meet your qualifications but we did not feel respected at all by you since you called in cussing and disrespected us therefore we thought it would be way better to reschedule you with another company since for some reason you were not satisfied from the beginning with us. Were very sorry for the inconvenience but we still got another moving company out for you on the same day.
- AJ Moving & Delivery LLC

I normally load and unload my 26' Uhaul myself but this time I decided to hire AJ Moving and Delivery LLC to do the heavy lifting. Best money I have spent in a while. They did a great job and just the two helpers were able to unload my FULL 26' Uhaul (10,000 pounds worth) in 2 hours while moving the furniture, boxes, exc...to 3 different levels of my townhome.

I hired 3 loaders for 4 hours to load approximately 4 bedrooms into two containers for shipment to Florida. The lead loader was very knowledgeable and experienced. They layed runners down on the floors and stairs to keep them clean. All three were courteous and hard working. Along with the two helpers, The lead man loaded all of our furniture and boxes into one 16 ft container. He saved us a thousand in shipping cost and accomplished the job in 3 hours flat saving us an hour of labor cost. Nothing broken, no damage to the interior walls of the house and they provided the extra packing material and tape needed to protect some items. The company was easy to deal with and responsive to our needs. I would highly recommend AJ Moving & Delivery.

They did a great job!

They were about 1/2 hour late from the requested time period. However, they made up for being late with their professionalism and the care they took as our pod was unloaded. They also carefully store everything in the garage so it would not be damaged until we bring it into our house. We would use them again and recommend them.

The two guys who came to load up a PODS and a truck were wonderful. They never stopped working. They did a fantastic job and I wish they were going to South Carolina with me to help unload!

- on time - worked very hard with few to no breaks - prepared and had extra Lg boxes & tape in case we needed - they were very careful in handling all items & residential home property inside & out. - were very respectful -and when I asked for their opinion on the the items I had purchased & provided or used like packing paper, furniture pad& wrap, rubber bands, couch/ matress covers and various boxes... They were appreciate and felt they were great quality which made it easier for them. - YES- I would use this team & company again for sure. - NOTE: it did take longer (2hrs added to scheduled 3 with 2 men) but I wasn't surprised & grateful they had flexibility to stay longer til job was done. They should me progress of POD storage unit and we reasses if room ran out what was last priority & may not fit. Only items were 2 cheap plastic awkward deck chairs- so I was happy with results of getting it all in - TOP to BOTTOM & FRONT to BACK- tight & secure with ropes to prevent shifting- Since we did go over 3 hrs and it got dark outside, we didn't have any light in side older model POD so we had to take light w/ extension cords so they could see packing last 1/4 but I had stand up 3 light sourced pivot floor lamp so it worked out very well. I would suggest them bringing light source & extension cords just in case since I already packed most all before dark. I have moved over 12 times & using Carolina friends/ family & professionals but this method was the cheapest since I did all packing prior and segregated items not to pack & what should be last in very back unit so first off to unload. Strongly recommend this method. -Also gave more than average tip as they both deserved it --- this is a very hard job and rather use bonded professionals & get done right & in 1 trip --Meredith (Richmond, VA moving to FL)

Your guys were on time, worked very efficient and kept me informed as to what they were doing. The lead man was very professional, respectful and had a great attitude. Wish the same men could off load when I get to Apex, NC. Good job!

We refund for any unused time over our min..