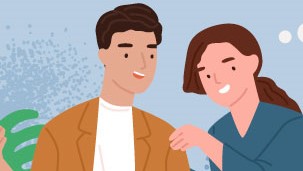 From traditional work culture to relationships, marriage, and parenting, millennials have changed the game in nearly every aspect of life. Still, the generation hasn't given up on marriage or parenting completely. Instead, millennials are ensuring financial and emotional stability before getting married or starting a family.

So what does the road to family life look like for millennial prospective parents? We surveyed over 980 millennial parents or prospective parents to find out. Millennials may want to be financially prepared before settling down and having children, but are they able to follow through? Keep reading to see the answer. 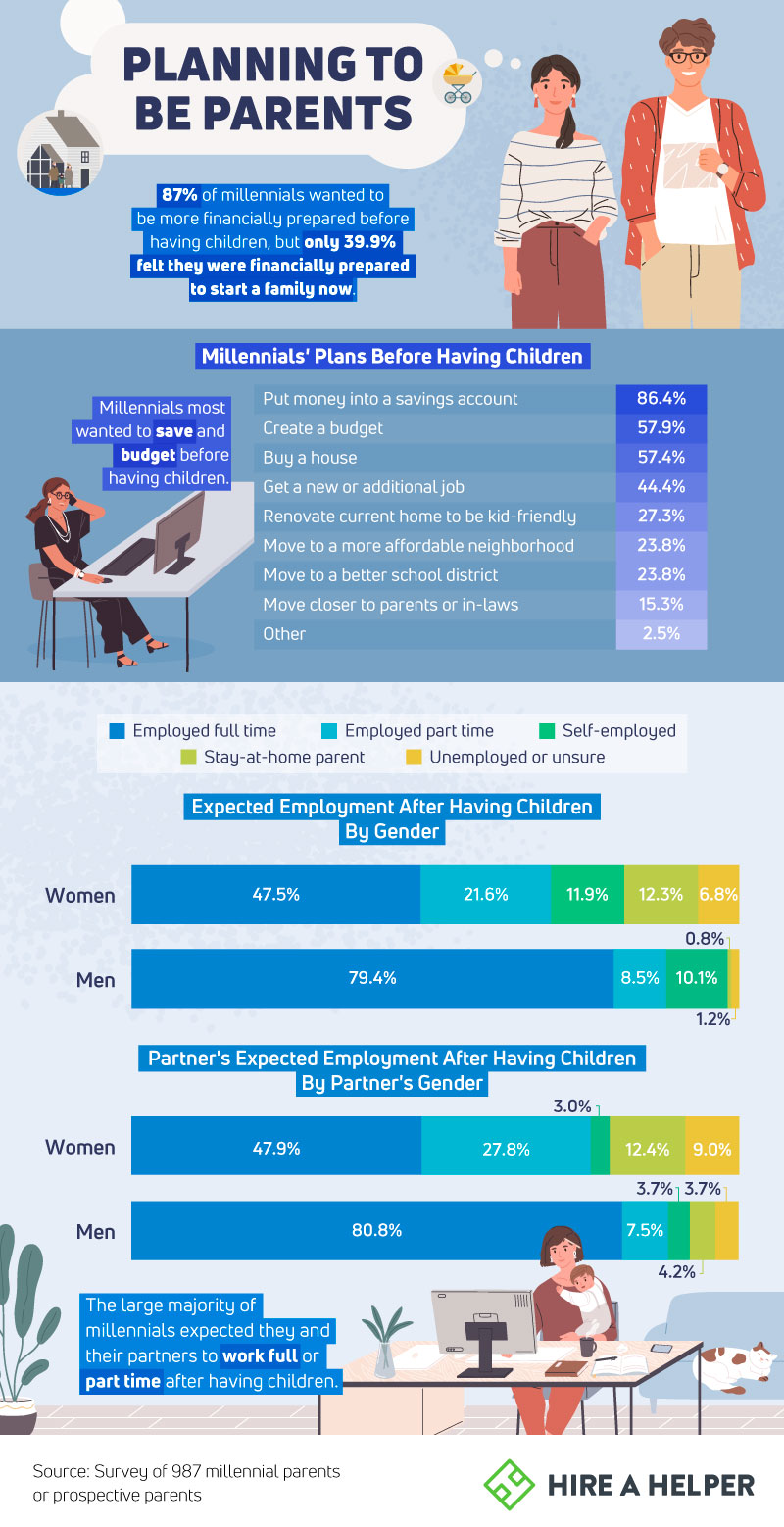 If there's one thing everyone knows, it's that being a parent is expensive. On top of diapers, food, and clothing, insurance, furniture, and college preparation can cost a pretty penny. Considering the majority of millennials are living paycheck to paycheck, it's understandable that 87% of millennial prospective parents wanted to be more financially prepared before having children. While roughly 40% of respondents said they felt financially prepared to have children at the time of our survey, the majority had a plan to improve their financial situation. More than 86% of prospective parents planned to put money into a savings account, while 57.9% and 57.4% planned to create a budget and buy a house, respectively.

While just under 45% of prospective parents put a new or additional job on their to-do list, the majority expected they and their partners to work full or part time after having children. However, men were more likely than women to say they would have a full-time job after having children and were less likely to expect their partner to do the same. Even with only 12.3% of women and less than 1% of men expecting to be a stay-at-home parent, millennial parents, particularly millennial dads, stay home with their children more than previous generations.

Along those same lines, 54.6% of parents were unable to save their desired amount of money before having children. While 86.4% of prospective parents planned to put money into a savings account to prepare for children, only 51.8% of millennial parents reported doing so.

And while most parents expected they and their partner would have a full- or part-time job after having children, employment can get in the way of spending time with newborns. While women were slightly more likely to report taking parental leave, nearly 40% of men said they weren't able to.

New parents often look to their own parents for guidance and support – whether it's helping around the house, lending money, or watching the kids for the night, grandparents are typically happy to be of service. But millennial parents seem to only rely on their parents for child care or babysitting. Around 66% of prospective parents expected parental support in the form of child care, and just under 35% said they expected help with transporting kids to and from school or day care. However, for every other task, less than 15% expected the grandparents to step in. 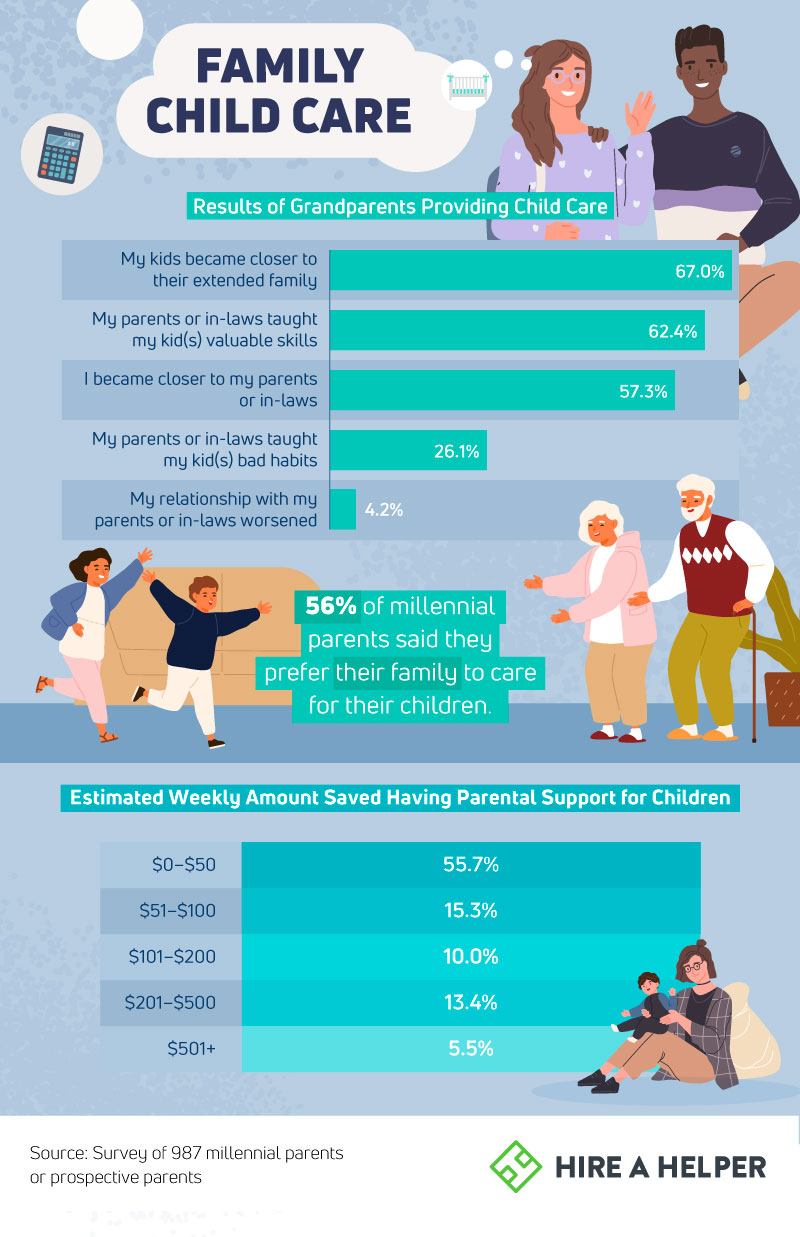 Relying on family shouldn't leave new (or seasoned) parents feeling guilty, though. Not only did 67% of millennial parents say child care provided by grandparents improved the connections between their kids and extended family, but 62.4% also said grandparents taught their kids helpful skills. Notably, parental help with child care isn't a one-way street: While kids can learn valuable skills and spend time with family, grandparents who babysit their grandchildren may reap the benefits of a longer life.

The support millennials receive is relatively small, though. Nearly 56% of millennial parents said they save $50 or less each week by having parental support for their children, while 15.3% and 10% said they saved an estimated $51 to $100 and $101 to $200, respectively. However, millennials may be saving more money in other areas. Recent studies show that millennials rely on their parents for more than just help with their kids – their parents also help with student loan debt and purchasing homes. 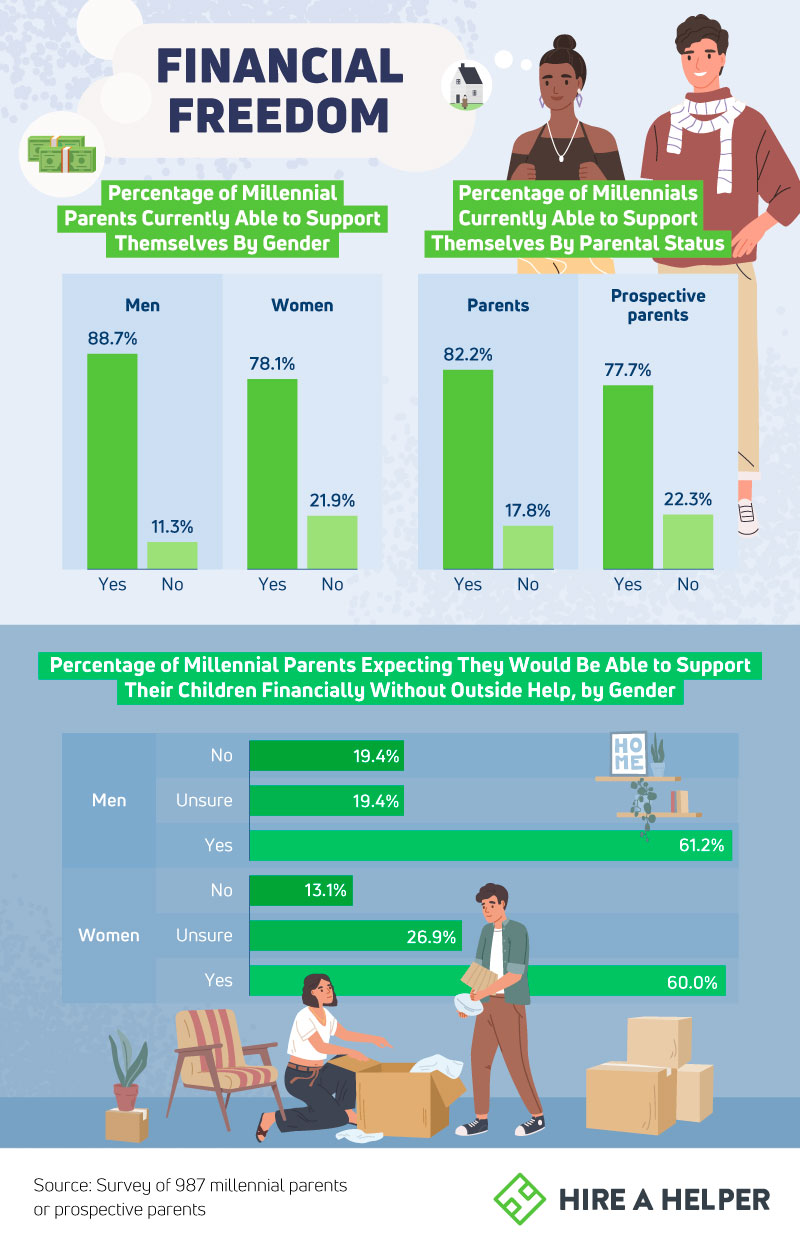 Adulthood often hits millennials hard, and with the financial pressures against them, just supporting themselves can be a struggle. Still, millennial parents seem to be better off than their childless counterparts. While 88.7% of millennial dads and 78.1% of millennial moms said they were able to support themselves, 22.3% of prospective parents said the opposite.

Whether it's because of the increased cost of living, mass amounts of student loan debt, or low wages, nearly 20% of millennial dads said they don't expect to be able to support themselves and their children financially without help from others. Millennial moms were slightly less sure about their future finances; nevertheless, 60% said they expected to support themselves and their children without outside help, while just 13.1% said they didn't expect ever to be able to.

People always say, "It takes a village," and when it comes to millennial parents, that village is often their family. Millennials are having fewer kids than previous generations, and their lack of financial stability is often the reason. A significant portion of the generation is even putting off having children until they feel they can afford a family – and have the support in place to make that happen.

Leaning on grandparents to watch the kids is a safe and smart way to save money, but when parents need support for bigger tasks, HireAHelper is here to, well, help. Whether you're looking to move your family closer to grandma's house or are upgrading to a new home, we'll connect you with a minimum of two vetted, qualified, and speedy local movers who are ready to lend a hand. To learn more about how we can help make transitions seamless, visit us online today.

Because the survey relied on self-reporting, issues such as telescoping and exaggeration could have influenced responses. An attention-check question was included in the survey to make sure respondents did not answer randomly.

Preparing to become a parent looks different for everyone, but there are some financial steps that all prospective parents should take. Feel free to share our findings for noncommercial reuse. Our only request is that you include a link back to this page so that people can view the study in its entirety and see the methodology. This also gives credit to our hardworking contributors.